8 Awesome Gifts for Kids this Christmas! 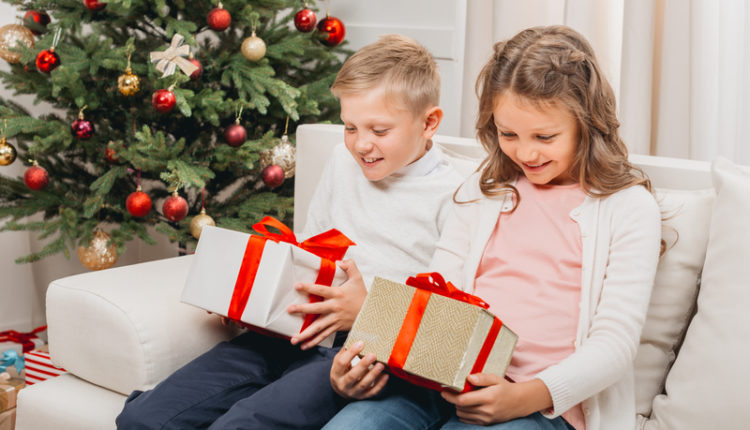 Whether you are shopping online or heading out to brave the crowds to buy your gifts, Christmas can seem hectic. Christmas can be a stressful time of year for parents when it comes to choosing the best Christmas gifts for children of all ages. With all the top brands releasing new toys and competing to be on your child’s wish list, it can be a bit overwhelming to find the right toys and try to save money on gifts when it’s time to start your Christmas shopping.

We’re here to help with this fantastic list of toys and gifts for kids of all ages. No matter which characters and games they are into, you are sure to find something here which is simply perfect. But, be sure to buy quickly as these hot toys are likely to sell out as Christmas approaches! Aren’t you glad we got this list out so soon?

Let’s take a look at eight of the best toys for Christmas for kids below and for more ideas the Gift Source – Parent Center Network also has tons of ideas worth considering also.

Best Games and Gift Ideas for Kids in 2019

First on our list of Christmas toys for 2019 is the Poopsie Rainbow Slime Kit, which contains over 35 surprises for your kid to discover. The slime can be customized with the included rainbow sparkles or makeup, and the makeup can also be used for kids to wear. There are lipstick, lip gloss, and eye shadow, as well as, nine slime powder sachets. The included case can be used to store the slime after it has been made, to keep it fresh. Slime has been a popular craze for the last few years, and it doesn’t show any sign of slowing down any time soon!

LOL Surprise is another sought-after toy which has been hugely popular when it comes to Christmas gift ideas for kids over the last couple of years. Here we have one of their newer releases, the OMG Fashion Doll. It contains 20 surprises to unbox, and the doll itself is highly posable for more fun. As well as the doll, you can also find clothes, shoes, accessories, a hairbrush, a purse and more. The doll’s hands can even be removed to make dressing her easier. The perfect gifts for fans of LOL Surprise. 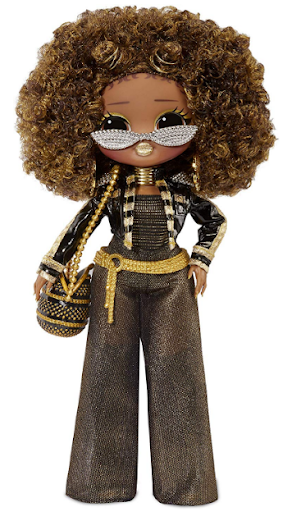 This new release is one of the coolest gifts for kids around! Kids of all ages will love to watch and dance along with Pets Alive Boppi as she shakes her booty! There are three songs built-in which Boppi will dance to and she can even turn 360 degrees. The llama’s head also shakes to the music – kids will find it hilarious to watch her move! 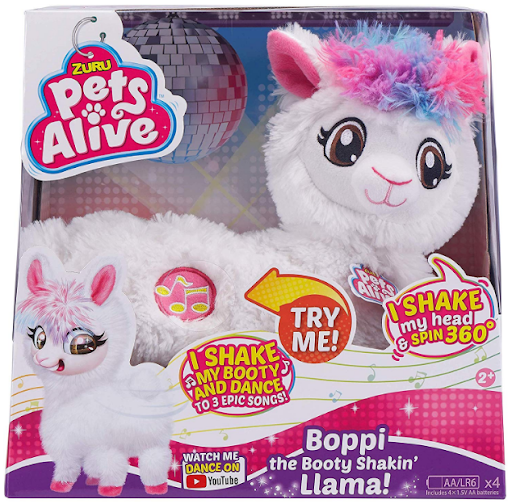 Toy Story 4 was a masterpiece of a movie in 2019, so it’s no surprise that there is a ton of merchandise featuring the beloved characters from the series. Forky was new for Toy Story 4 and he quickly captured the heart of many kids, which is why this talking Forky toy makes such a great gift! The toy plays over 15 phrases from the movie and also has different facial expressions and is posable for maximum fun when playing! Kids who loved Forky in the movie will be delighted with this gift – they’re sure to laugh when they see his facial expression changing! 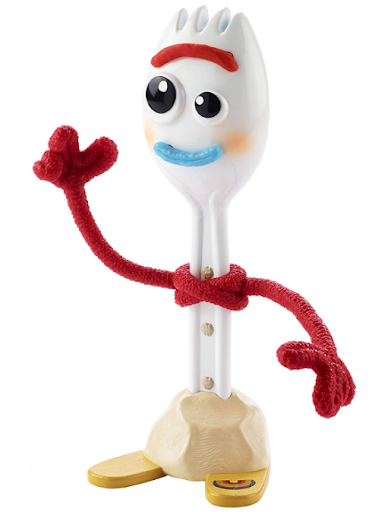 The Lion King was Disney’s highest-grossing animated movie ever. So here we have a Lion King playset featuring all of your child’s favorite characters. With this set, you’ll find baby and adult Simba figures, Nala as a cub, Timon, and Pumbaa. The set has loads of fun features for kids to play with and explore, such as the launching boulder function and the swing. Kids will have hours of imaginative fun re-creating their favorite moments from the movie or making up their own adventures for the characters. 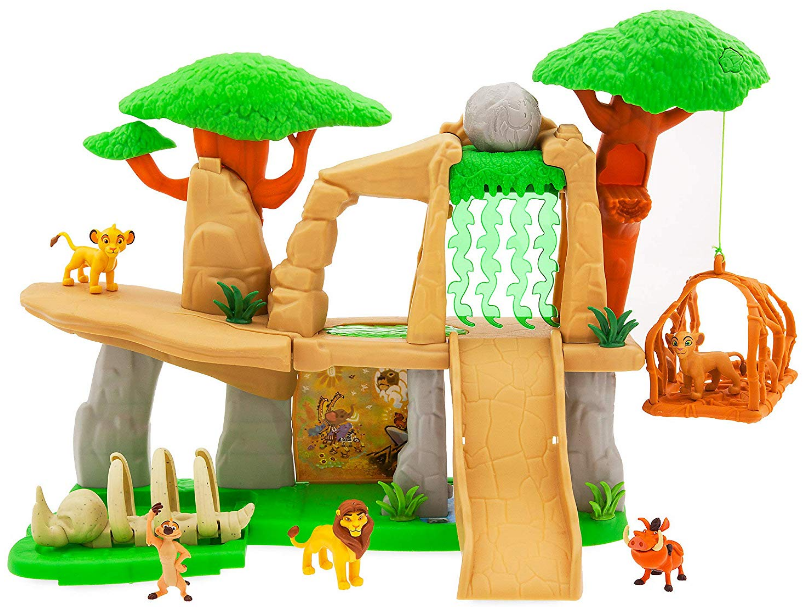 If your kid is a fan of Paw Patrol, they are sure to love this awesome new playset! The Mighty Pups Jet Command Center comes with lights and sound effects which are sure to delight your child. The toy can transform between two different modes, the jet, and the command headquarters, so kids can have endless hours of fun. The set has a disc launcher which adds to the fun and is sure to keep your child entertained time and time again. It’s perfect for kids who already have a collection of Paw Patrol toys, as only the Ryder figure is included, so they’ll need some pups to go with it. 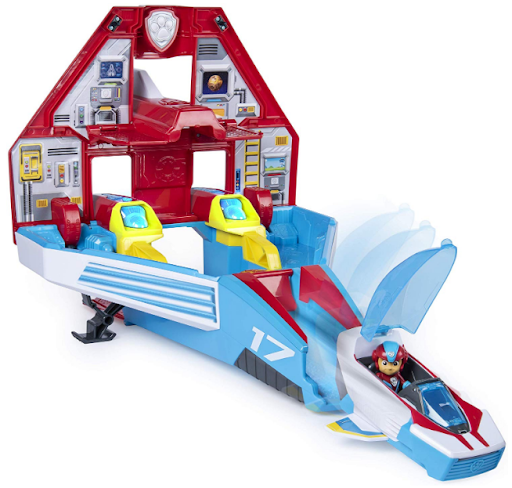 Our next pick for kids Xmas gifts is this card game from Asmodee. There are a few different editions of Dobble, but here we have chosen the new Harry Potter Dobble edition because kids of all ages love HP! The game is great for Christmas because 2 to 8 players can play at once, and it’s suitable for kids aged 6 and above. So, it’s excellent for family gatherings as everyone can join in. The game involves finding the single matching icon between two cards, and the first player to do so wins. The Harry-Potter themed images include characters, house crests, mythical creatures, and more. This is a great game to keep your child’s brain working! 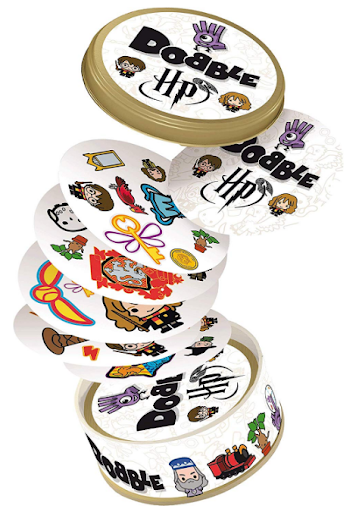 Escape rooms are loads of fun, but did you know you can recreate the experience at home? This Escape the room Stargazers Manor is an awesome game and allows you to do just that and is suitable for kids aged 10 years old and above. It can be enjoyed by up to 8 players, so it’s one of the best Christmas gifts for kids who will be spending the period with friends and family. To really make the experience more fun, you can use music and costumes as suggested by the manufacturer, which turns the game into a real event! The game set includes sealed envelopes, a solution wheel, and a scene card, and online you can find instructions for re-packing the game to play it again. There are two different versions of the game to choose from, each with a different theme. 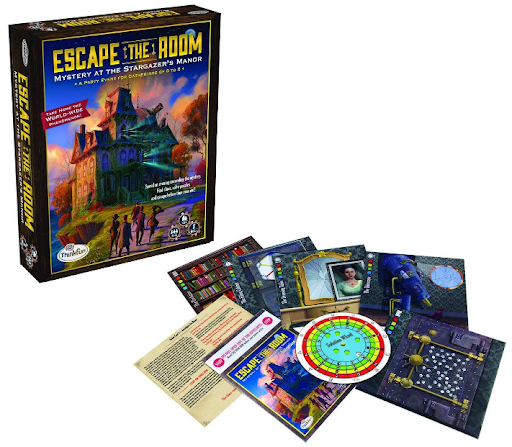 For more great tips for the family, check out the other blogs on Cyber Parent.

Hobbies You Can Start With Your Child