What Is The Best State To Live In? 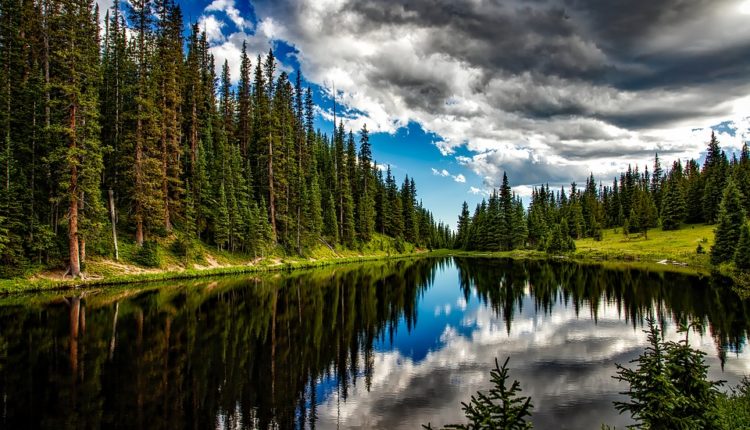 If you’re in America, you’ve got exceptional luck in terms of living choice. There are fifty states and a number of territories worth considering. If you like the cold, grizzly bears, and your privacy, head up north to Alaska. If you want to live somewhere that’s totally tropical all year round, check out Hawaii. If you want nightlife and midwest Americana, check out Colorado.

Florida, California, Washington, Oregon, Wyoming—you can find any climate or occupational atmosphere you seek. The truth is, the best state to live in depends on your financial background, ideation, preferences, and time in life. In this article, we’ll go over three regions to help give you an idea of what is out there.

Worthwhile places in the Northeast

Connecticut is one of the original thirteen colonies of the United States and has some history stretching back before our country’s foundation. Whether it’s finding a small home with a fence to live in a rural, or getting an apartment with all the amenities closer to an urban area, you are sure to love Connecticut.

There are many luxury apartments in New York that will help put you in the heart of where things have been going on since before Washington D.C. was the country’s capital. It used to be New York City, you know. It’s people on people on people in a region that swings into the humid hundreds during the summer and well below zero in the winter.

It’s expensive, dirty, grimy, and strange—but people thrive there. As Frank Sinatra said, if you make it there, you can make it anywhere. But why would you want to make it there if there’s nothing specifically about that city for you to latch onto?

Meanwhile in the middle of the east coast is Maryland. Maryland has Ocean City, which is one of the oldest resort towns in America. Which of these northeastern states is best? It depends on your budget, it depends on your station in life, it depends on you. Still, New York is a state that many would say is America’s best, though many disagree.

At the bottom of America’s east coast is Florida, a land of alligators, gatorade, skin-tight tiny swimsuits, pristine beaches, lizards all over the place, and enough humidity to choke a fish. In Florida, the fish can practically swim through the air. That’s only a slight exaggeration—you can see flying fish if you’re on a cruise-liner heading south from the Florida Keys.

Florida is exceptionally affordable. Many people retire there. It’s never too cold, and the mentality is that of the heartland for the most part. There are some crime issues in terms of illegal immigration and drugs, but cost-effective tropical living trumps that for the most part.

Remote peace and intrigue in the Pacific Northwest

There’s a coastal rainforest stretching north from central California through Seattle in Washington. The redwoods are found in California, but there’s a peaceful primordial quality in the forests of the Pacific Northwest. It’s quiet, and everyone tends to have an “isolationist” perspective, so they mind their own business—unless you get in their way, then you’re in trouble.

Still, it’s beautiful and more affordable in the pacific northwest than it is in most of California and the East coast—with provisos based on location or course.

The best state for you

Maybe you’re in search of the more tranquil sustainability of America’s western heartland, Kansas, Wyoming, Colorado, Montana, the Dakotas, and Iowa. The “fly over” states tend to have some of the strongest communities truly pursuing the American dream, but you won’t be near coasts or mountains—at least until you get to places in South Dakota, Wyoming, and Colorado. Do your homework and travel around a bit. There is a state that is perfect for you and your family.

How Often Should You Carry-Out Fixed Wire Testing in Your Home or Business?

How Often Should You Carry-Out Fixed Wire Testing in Your…