Importance of Superheroes in Your Kid’s Life for Better Parenting 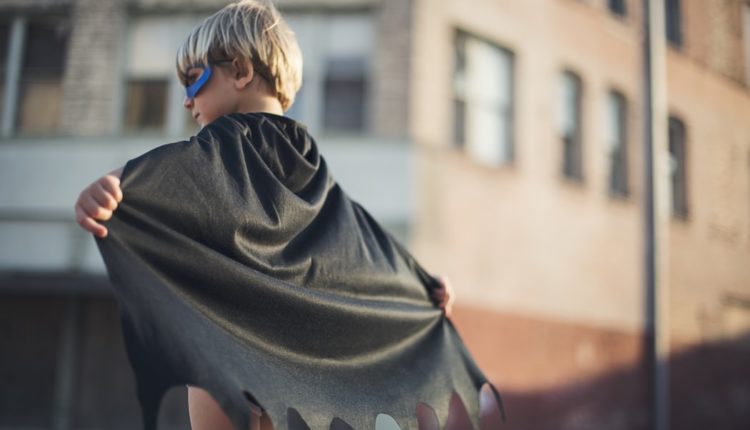 Everyone had their superheroes growing up. For today’s parents, those superheroes mostly came in the form of comic books, but today our kids get to watch their favorite superheroes on TV too. Whether its the superheroes of old or new, the role of superheroes has always been important. Even though those movies feature plenty of fighting scenes, your child can learn a lot from those super people and their virtues. So, let’s see how they can shape your child and provide a positive influence.

They Can Be Good Role Models

Every child needs a good role model in their life while growing up. And even though parents often prove to be great role models, they will still need someone to look up to and admire. Children will observe their behavior and try to act like them and incorporate their virtues. Superheroes are created to be role models and teach children about the world, how to act and what is good and bad. They are a great foundation for kids because kids tend to identify with them and reflect their best traits. This helps your child build up their personality and traits and develop certain skills and talents that can help in their overall development and later life.

So, it’s safe to say that superheroes, like Wonder Woman, Superman, Batman, Hulk, and many others, that your child watches on TV are more than just cartoon characters. Your child will look at them as very important figures in their lives and they will be lead by their example and good qualities.

What Can Your Child Learn From Superheroes

One of the most important things about admiring their favorite superheroes is the influence they have on children. Also, their virtues are also important, because kids can acquire them simply by trying to impersonate their heroes.

The key concept behind every superhero movie or comic book is the constant battle between good and evil, where good usually takes the win. And by identifying with their favorite superheroes, children become empowered and learn things such as helping others in need, compassion and they learn the big difference between good and bad and right and wrong. By watching their heroes, kids make healthier lifestyle choices, such as exercising like their heroes, eating healthier foods, and all that happens because they want to be as strong as their favorite superhero.

Another important aspect of superheroes and their influence is that they lead normal, human lives (aside from their super one). Even though they have superpowers, they still have regular everyday lives that they lead and this shows to the kids that heroes are people just like them. And this means that they can too make a big change in the world and be good.

It’s Okay to Have Weaknesses

Even though superheroes are strong and they always do their best to bring good, they all have their weaknesses. This is important for kids to understand and who can teach them better than their favorite superhero? Young children are still in the period of learning and if they realize that their superhero has weaknesses and that they can’t always be strong because they don’t actually have to, they will learn that in real life they can do the same.

What is more, most of the heroes wear masks and some of them like to stay hidden and unknown. This is also a great lesson for kids. They can learn that you still can do good and help others just because you want to, and not for the sake of getting recognition, praise or applause.

Superheroes come in many forms and colors today. They were always there for kids of many generations to inspire them and be their role models. Today, we have dozens of them and all of them have their virtues, strengths, and weaknesses, but above all, they all teach our kids valuable lessons and provide a great figure in their lives. So, let your kid choose their favorite and let them pick up on the good things because superheroes are part of growing up.

For more great tips on all things family, check out the other blogs on Cyber Parent.

A Step-by-Step Guide to Potty Training Your Toddler