Common-Law Marriage: What Happens When Couples Decide To Split Up?

A valid and legally recognized common-law marriage cannot be terminated merely by separating from your partner. 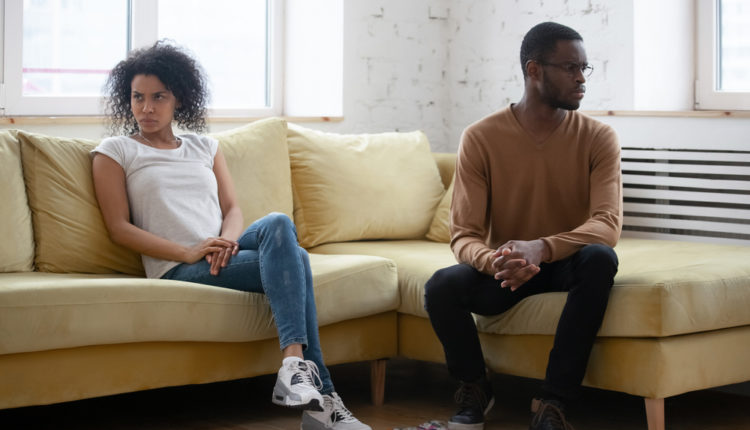 You’ve been in a relationship and living with your partner for several years, but for one reason or another, the relationship is no longer working for you. If you and your partner were never married, splitting up could be as easy as one of you moving out.

For some couples who live, or have lived, in states where common-law marriages are recognized, a consultation with a divorce attorney would be a good idea.

Knowing whether your state recognizes common-law marriages is an essential factor in determining the steps you must take to end the relationship. A valid and legally recognized common-law marriage cannot be terminated merely by separating from your partner. It could actually require the commencement of a divorce proceeding.

What is a common-law marriage?

Driving to a government office, usually the county clerk, to apply for a marriage license and finding someone recognized by state law as having the authority to perform a marriage ceremony might seem to be an effortless undertaking, but it was not always that simple. Common-law marriage originated in England, but American settlers quickly adopted it as an alternative to traveling great distances to satisfy the requirements for a marriage recognized by the state.

As times changed and the American frontier slowly disappeared, more and more states stopped recognizing the creation of common-law marriages within their borders. Today, only Colorado, Iowa, Kansas, Montana, New Hampshire, South Carolina, Texas, Utah and the District of Columbia allow their residents to create a legally recognized marriage by a means other than obtaining a marriage license and going through the ceremony and other formalities that state laws require for establishing a binding marriage.

Article IV, Section 1 of the U.S. Constitution, commonly referred to as the “full faith and credit clause,” requires states to recognize the laws and legal proceedings of other states. As a result, a couple in a common-law marriage in one state does not lose their married status by moving to a state where common-law marriages cannot be formed.

Creation of a common-law marriage

Couples in common-law marriages validly created under the laws of the state in which they resided at the time they began to live together are legally married. Ending the relationship would require termination of the marriage through a divorce proceeding. Merely separating from your partner would not end the legal relationship established by the marriage that could include property rights and spousal support.

If you are uncertain about the laws in the states in which you and your partner resided together, you should seek legal advice from a knowledgeable divorce attorney. The attorney can help you to determine the nature of your marital status and offer advice about the proper and legal way to terminate the relationship.

Steve has been writing legal-centric articles for several years now. He started working with the personal injury attorney law firm Herrig & Vogt in 2019 as the Content Marketing Manager, which has allowed him to expand on his writing in personal injury, family law, and much more. Steve strives to offer public advice on various laws covering a variety of practices.

Private: Top 5 Motivational Movies for You and the Family