Recipe Inspirations: Where to Find Recipes in the 21st Century 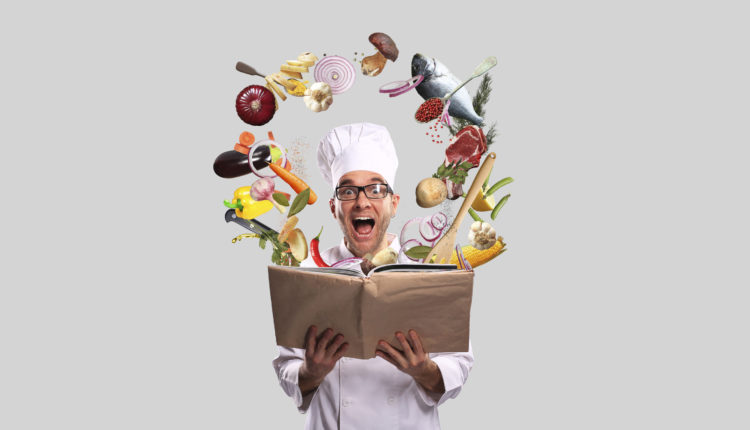 In the cooking world, there is nothing as coveted as a good recipe. Simply put, a good recipe has a specific set of step by step instructions explaining how to prepare and cook food right from the raw products to the finished dish. It includes the ingredients to be used, the quantity and the cooking processes involved. Recipes are very important, as they ensure standardization and help in cost control especially in restaurants and hotels. Restaurants mandate their chefs to follow recipes as the menu price is determined by the costing of the recipes.

Recipes are a precious item. It’s no wonder brands go out of their way to make sure that their recipes are not documented for the general public. Brands such as Coca-Cola, KFC, and Burger King keep their recipes heavily guarded as top trading secrets. These brands resist sharing their recipes as they don’t want their products replicated by other brands competing in the same market. Recipes seek to ensure that a burger sold at a Burger King restaurant in Canada has the same taste and texture as one sold in another KFC restaurant in Asia.

Recipes were originally inherited from one generation to generation. Mothers would teach their sons and daughters how to make some special dishes in the family and the same would be passed when grandparents visit their grandchildren. However, the 21st century is a different ball game. Our bustling schedules cannot always allow us the luxury of meeting with our grandparents to borrow them recipes. Nevertheless, there are a number of sources where people get most of their recipes.

It should come as no surprise, the majority of people get their recipes from the world wide web. The internet has made cooking very easy for anyone who wants to give it a try. For instance, for simple and delicious meals, all you need to do is browse something like Tupperware flyers for Canada and you have a variety of recipes at your disposal. These types of recipes give a step by step on how to take fresh ingredients to finished dishes in a number of minutes.

The internet has brought with it social media platforms such as YouTube and Instagram where chefs and other cooking experts seek information. The concept of liking and sharing posts and videos has also helped in the spread of recipes from continent to continent.

A cookbook is a kitchen reference containing a bunch of recipes. They are written by either an individual, chef, cooking expert or just about anyone who is passionate about cooking. There are a variety of cookbooks ranging from general cookbooks to those specialized to particular cuisines. A cookbook can be organized in alphabetical order, cooking process or by region. Most of them will have picture illustrations for those who need visual help.

Cooking shows have become popular with daytime TV programming and a good source of recipe ideas. Cooking shows seek to air food preparation either in a kitchen setup, a restaurant or a studio. The host of the show is normally a chef, an author or an individual person who is passionate about cooking taking the viewer’s step by step on the cooking process of a particular dish.

Food magazines are quickly taking over the need for cookbooks. Dozens of magazines have created a niche for themselves in the culinary world. You can find magazines dedicated to a particular cuisine or to a particular group of readers, while others are more general in nature. Examples of some popular food magazines are Food and Wine, Art Of Eating, Cook’s Illustrated, Fine Cooking, Bon Appetite (among many others). Magazines have subscriptions that encourage their users to sign up so that they are updated on new releases.

To find more great advice in the kitchen, check out the other blogs on Cyber Parent.

5 Essentials for Multigenerational Homes in London: Self Storage, Bunk Beds, and…

5 Essentials for Multigenerational Homes in London: Self…