How Safe Are Electric Bikes for Parents and Children? 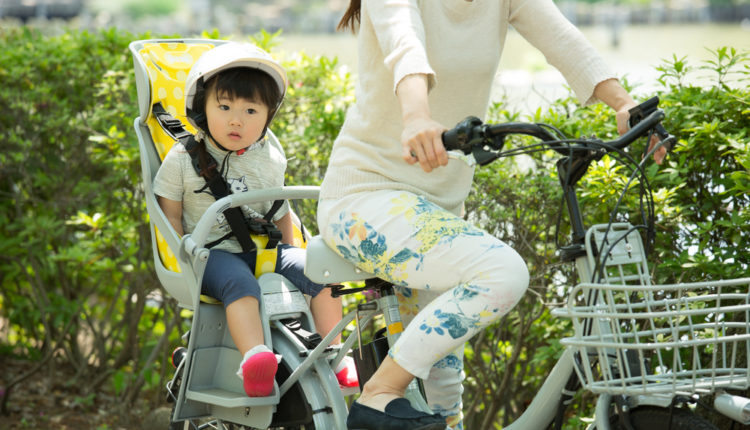 It’s easy to see why electric bikes (e-bikes) have become so popular with parents. E-bikes make cycling with your very young child much easier, especially when you’re biking uphill!

You can use front or rear child bike seats with most models of e-bikes, and you can also use your e-bike to pull a bike trailer.

But are they safe?

The first electric bicycles were invented in 1895,  but today’s e-bikes as we know them were developed in the 1990s.

It has been predicted that by the year 2023, approximately 40 million e-bikes will be in use around the world.

Here are some other accident statistics from the study:

Because electric bikes only became popular in recent years, there is still a lot the experts don’t know about the safety of e-bikes.

The risk of injury is relatively low compared to electric scooters and traditional bicycles, but the low risk level will become irrelevant if you end up on the wrong side of the statistics.

Despite the potential risks, many parents are shelling out $1,000 or more so they can experience the convenience of riding an e-bike with your child.

It’s a great way to ride through the city to your favorite cafe or to take a ride through nature in a local or state park.

Some parents buy e-mountain bikes so they can ride their bike on rougher terrain.

This is a great way to get out and enjoy some time with your family or even by yourself if you need to get away from it all for a few hours.

If you’re thinking of using an e-bike with a bicycle trailer or a bicycle seat, you’re probably wondering if it’s safe and if it’s legal. 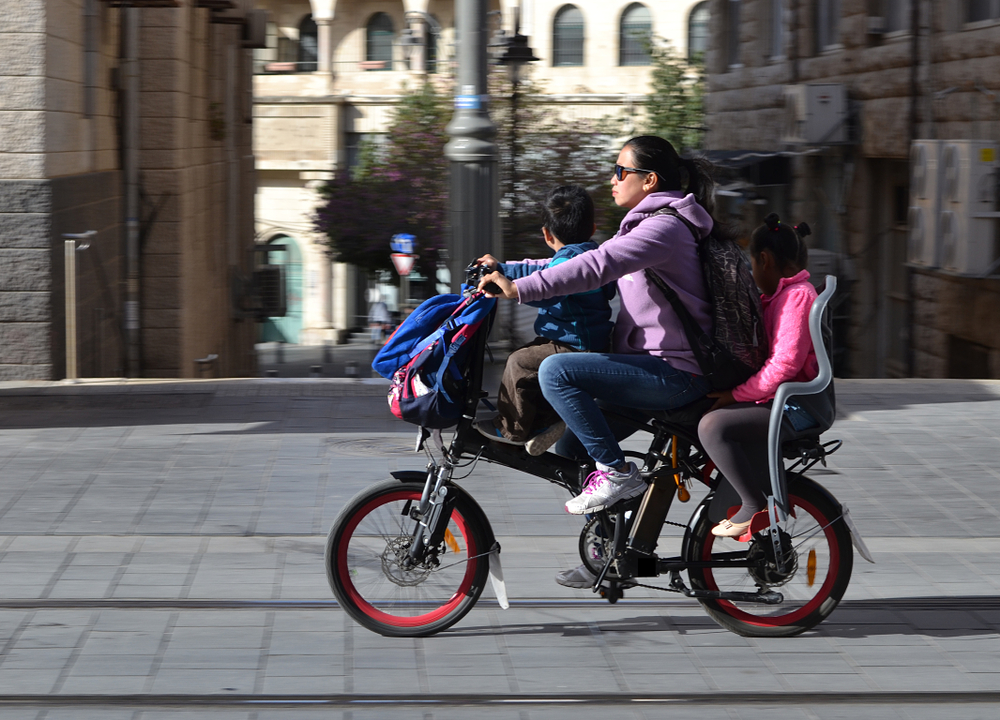 One reason electric bikes are more dangerous than traditional bicycles is they are capable of traveling at a higher rate of speed.

Even with a bicycle seat attached, you can reach 15.5 mph on an e-bike. That means if there is a crash there will be a more forceful—and dangerous—impact.

If you’re no professional cyclist, chances are you’re traveling significantly slower than 15.5 mph when you ride a traditional bike than you would on an e-bike.

When you’re not used to going so fast, you may not have the experience to avoid accidents.

E-Bikes and the Law

Is it legal to ride an e-bike with a child in the United States? Not everywhere.

E-bikes are wildly popular with parents in San Francisco.

However, in New York no one under the age of 16 can ride an e-bike as the operator or the passenger.

Sorry New Yorkers, but no ride through Central Park with your baby on an e-bike for you. At least not at this time.

In most countries you are required to be 14 to 16 years of age to ride an e-bike, but there are plenty of children’s e-bikes on the market.

The minimum age to ride an e-bike is determined by your child’s e-bike’s maximum speed limit and the wattage of their motor and your state’s laws.

E-bike accidents aren’t always the fault of the bike’s operator. Many accidents are caused by the negligence of another party, such as a driver on the road, another cyclist, or even a pedestrian.

When this happens, you will have many different measures you can pursue, you may need a personal injury lawyer.

Any accident involving a bicycle of any kind or a motorized scooter is going to be complicated. You need legal representation if you or your child was injured and you believe you were not at fault.

You love your kids, and you’ll take every appropriate safety precaution to protect them. Despite this, another person’s mistake can still result in an accident.

Electric bikes can be a safe option for the majority of riders, and chances are you and your family members will be fine.

To increase your chances of staying safe, wear your helmets, obey all traffic laws, and be alert and aware of your surroundings at all times.