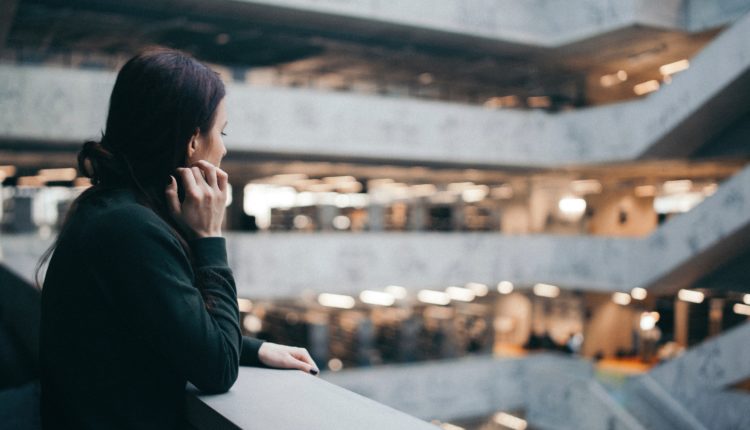 It can be easy to assume that there is no reason not to let kids do their own community building. From the dawn of time, people have made friends and lost friends. There are plenty of adults who have figured out the keys to successfully navigating social situations without much if any overt input from their parents.

The reality is that there are cultural markers today that could very likely be keeping your kids from thriving socially. School and extracurricular activities can absolutely become places of community, but some kids need a little help to make the most of it.

As Candy Lawson writes for the Center for Development and Learning, “Social skills are the skills we need to interact adaptively in our cultural environment.”

The key word there is skills. Doing well socially is not something that just happens to everyone, and kids today have a distinct set of challenges that can morph into outright obstacles that keep them from living life within community frameworks.

Community Must Be Sought

One of the foundational pieces of understanding that kids need to have in relation to community is that it isn’t something that just happens. Unlike previous generations, this point can be difficult for modern kids to grasp because technology can give the illusion that community does just exist as this entity that we all always have access to. It’s just a thumb tap away at any hour of the day.

The problem with that is that it’s not true.

“Technology marches relentlessly forward, and it would be foolish to argue otherwise, but some things remain fundamental, and people-to-people communication will continue to be one of them. Just because the tech is available, doesn’t mean it’s always going to be the best option in every situation,” writes Ron Miller for TechCrunch.

There are some physical components of human interaction — like a hug, a handshake or real eye contact — that are vital and unreplaceable. The best of artificial intelligence and automation cannot replace true human contact.

Additionally, Jeanne Sager reported for HealthyWay that the more time an individual spends on social media, the more likely they are to feel depressed and isolated. Not only that, she writes that the fear of missing out (FOMO) has become so serious it can impact one’s overall life satisfaction.

Essentially, the very thing that can trick us into believing we have community and do not need to pursue it outside the screen creates the opposite effect; we feel more alone after participating online than before.

Community Is a Give and Take

The interesting thing about the relationships that make up a kid’s life is that in every area, except friendship, kids lack control. Teachers, some family members, babysitters, tutors, coaches — the list goes on and on — are all placed in their lives either directly by guardians or indirectly by circumstance. But they get to pick friends.

According to Doctor Eileen Kennedy-Moore for Psychology Today, “One of the most common findings in research on children’s friendships is that children tend to be friends with other children whom they perceive as somehow similar to them. Kids are most likely to befriend other children who are the same age, sex, and ethnicity as they are. Friends also tend to be more similar than non-friends in terms of interests, social skills, popularity, and academic achievement.”

While this makes sense, it can create a problematic dynamic when kids (and adults) don’t have access to people who are similar to them. We’ve all heard kids say some version of, “They don’t want to be my friend.” This is often really kid-speak for, “We’re not agreeing.”

And in a modern society that has embraced things like participation trophies, kids can become more prone to believe that things don’t need to participate in give-and-take dynamics. They don’t need to lose. They can begin to think that it’s normal for everyone to agree with them and for their self-esteem to be tied to things that are superficial.

Truly, we’re finding that participation trophies aren’t the best idea and that diverse relationships benefit kids. This idea that kids need to be shielded from doing hard things is just not valuable for their self-esteem or their relationships. We need to teach our kids that community is a give and take, and that that’s a good thing. When they have relationships with people who help them grow, think and adjust, they’re better for it.

Across the landscape of the internet and within the pages of mainstream news outlets, you’ll find everyone from health professionals to journalists to politicians claiming that the current health epidemic plaguing society is not heart disease or cancer, but loneliness.

U.S. News and World Report contributor David Levine writes, “A recent study from Brigham Young University finds that loneliness and social isolation may raise the risk of premature death by up to 50 percent. The study, published in Perspectives on Psychological Science, suggests that the health effects of prolonged isolation are equivalent to smoking 15 cigarettes a day.”

Levine goes on to note that the U.K. Prime Minister has appointed a minister of loneliness to combat the challenges facing U.K. citizens.

Thus, there is certainly reason to be concerned about our children, especially as they navigate a modern society so full of false forms of connection and validation — not only as kids, but also as they grow up and into a future that is likely even more full of challenges.

Indeed, when Bradley University overviewed the numbers of elderly individuals what they found is that by 2060, the number of Americans over the age of 65 will double from 46 million to over 98 million. The elderly are at the top of the list of vulnerable demographics, and this generation has unprecedented challenges to their ability to build community. Their future can all too easily become one wherein they’re a part of a massive demographic of lonely individuals.

That’s a lot of people who need to be equipped right now to turn off the phone and connect in real life. So, consider how you can exemplify true community in your life and how you can foster conversation about it in theirs.

Consider times when your kids have been willing to self-sacrificially share or relate to others, and praise them for it. When opportunities arise for them to build relationships, encourage them to see the value in doing so.

An important component of doing this is that people begin to become more than just what they offer; instead, kids will begin to see that human beings and relationships have innate value. They’ll see their responsibility to invest and contribute. It’s a skill that they will carry with them through the rest of their lives, and they’ll be able to draw upon it when they need it most.

A-Z Alternative Health and Medicine Information for Your…