Aging and Grandparenting: Moving toward a predominantly or totally plant-based diet will reduce the risk of many forms of cancer. 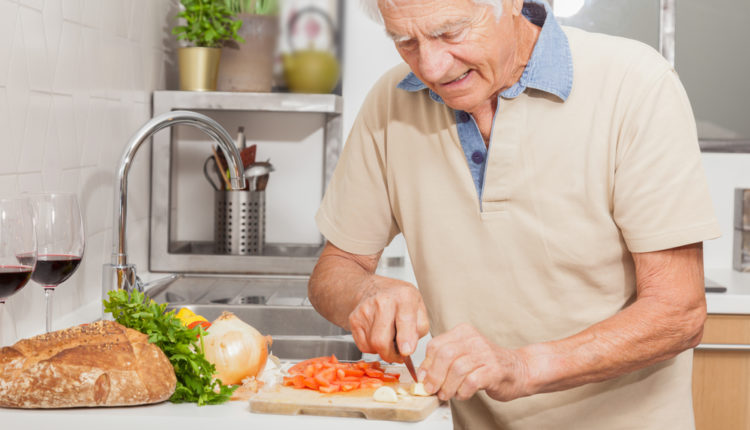 Researchers don’t know why yet, but more and more research is tying a meat-and-dairy based diet to increased incidences of cancer.

Many studies show that people who eat a predominantly plant-based diet have a death rate from cancer of one-half to three-quarters of those of the general population.

The National Cancer Institute says 35% to 60% of cancer is caused by your diet.

Plant-based diets are low in fat and higher in fiber than animal-based diets.

Other factors contribute. For example, at least one study has show that the natural sugars in dairy products may raise the risk for ovarian cancer in some women.

Breast cancer rates are much lower in countries that consume a plant-based diet. When these same people adopt the Western, meat-based diet, their rates of breast cancer soar.

Colon cancer is also higher in people who eat an animal-based diet. No dietary factor is more closely associated with colon cancer than meat consumption.

There are also some anti-cancer aspects of a plant-based diet that science cannot explain. People who eat a plant-based diet have more of certain white blood cells, called “natural killer cells,” which can seek out and destroy cancer cells.

Researchers don’t know why yet, but the point is that more and more research is tying a meat-and-dairy based diet to increased incidences of cancer. Research indicates to this author that more plants and less meat and diary products are in my future.

Most of us can’t pick up and move to a region with cleaner air. Even if we could, it is getting harder and harder to find.

But all of us could avoid many pesticides and chemicals in our daily life.

Using natural and organic gardening practices in our yards, eating predominantly organic vegetables, using non-toxic cleaning products whenever possible at home, and even storing toxic chemical correctly and outside our home will help.