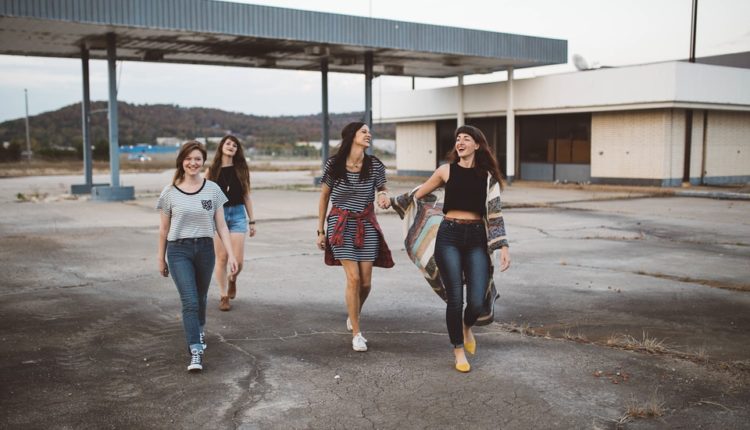 As society becomes increasingly open and accepting to minorities – especially those in the LGBTQ community – more and more individuals are feeling confident with and inspired to express their true selves.

From famous celebrities to the quiet kid at school – many individuals are coming out as transgender.

What Does It Mean To Be Transgender?

What it means to be transgender is a widely misunderstood topic.

“Trans” is Latin for the phrase “to cross”, so in it’s most simplistic form, referring to someone as “transgender” means they are “crossing gender”.

Ryan Sallans, a transgender man, elaborated during an interview with Huffington Post that transgender can mean something different depending on who you ask and who you are referring to.

Gender identity refers to our psychological identification of gender. Gender expression refers to the way we communicate our gender (Ie: the way we walk, talk, dress, etc.).

Of course when referring to any individual, they are not just a statistic – but knowing some facts and numbers surrounding a certain topic can help those who are not a part of that group understand it, and the scale of it, a little better, allowing us to let go of the stereotypes society has created.

For example – in the United States alone, 0.6% of the population identifies as transgender. That doesn’t sound like a lot, does it? However, that is equivalent to over 1.4 million people. A much more significant portion of society than you may have anticipated.

And this number is growing, as individuals are feeling safer showcasing who they are to the world.

However, is the rising number of individuals identifying as transgender realistic or authentic? One of the demographics that has seen the highest spike in individuals coming out is amongst teenage girls – and many parents are concerned that they aren’t being honest with themselves. But why would someone come out as transgender if they weren’t actually?

Many parents, and medical professionals, seem to think so.

Why Would Transgender Be Trendy?

It sounds crazy, but it is actually more of an issue than many people realize.

Now, more than ever, there has been an influx of young girls appearing in gender clinics, claiming to be transgender. For many, the teenage years are incredibly difficult. Adolescence is a time of vulnerability, uncertainty, and experimentation – especially when it comes to one’s sense of self and sexuality.

Of course, pretending to be something you are not is not an appropriate way to approach or deal with any type of situation, but there are a number of reasons why a young girl (or boy) may falsely identify as transgender, whether intentionally or not.

Teens Are Using It As A Shield

Coming to an age where your peers are beginning to experiment and explore the world of sexuality and intimacy is exciting for some and terrifying for others. Of course teens can be harsh judges of their peers, and for someone who may not be as ready or open about such things, this can lead to being excluded and even being bullied

Identifying as transgender, for example, has the potential to act as a shield against this. If you identify as transgender, especially if none of your other peers do, there is no pressure to be sexually or intimately active or expressive.

Teens Are Using It To One Up Their Peers

Coming out as trans can make one, especially at the high school age, stand out as different, edgy, and interesting amongst their peers. Teens may feel that defining themselves in such a way can help them feel a sense of uniqueness.

Or They May Believe They Are, Even If They Really Aren’t

Adolescence is a confusing time – that is not news to anyone, as we have all gone through it.

Your child may be confused and may genuinely believe that the reason for their confusion, potential disassociation from their peers, and overall different tendencies is that they are transgender. Perhaps your child is subconsciously attempting to garner acceptance and inclusiveness from what they view as a strong and supportive community amongst other LGBTQ individuals.

Of Course, In Some Cases It Is Genuine

While it may be difficult for us cisgender individuals to understand, it is possible that your teen daughter (or son) coming out as transgender is acting so out of genuine self-identification.

We are so quick to discredit young individuals, assuming they could not possibly be so self-aware, or even be mature to make such a statement – but for those who are transgender it is not a matter of age, it is a matter of just knowing and accepting yourself.

A Blend of Support and Skepticism

As a parent you obviously want the best for your children – it can be difficult to read the situation and even more difficult to understand whether you should approach your child coming out as transgender with support or with skepticism.

While it is important to let your child know you are there for them and that you love them no matter what, professionals are also suggesting that you take such news with a hint of skepticism. This does not mean you should tell your child they are wrong or that you don’t believe them – that will only do more harm than good. However, it does mean that you should work together with your child to assess the situation and any possible deeper issues that they may be using transgenderism to cope with.

Are you a parent to a transgender teen? How have you approached and dealt with the situation?

4 Healthy Habits That Are Beneficial To Weight Loss