Canola, Nutrition, and Safety: Lear oil is Canola but is Canola good for you? 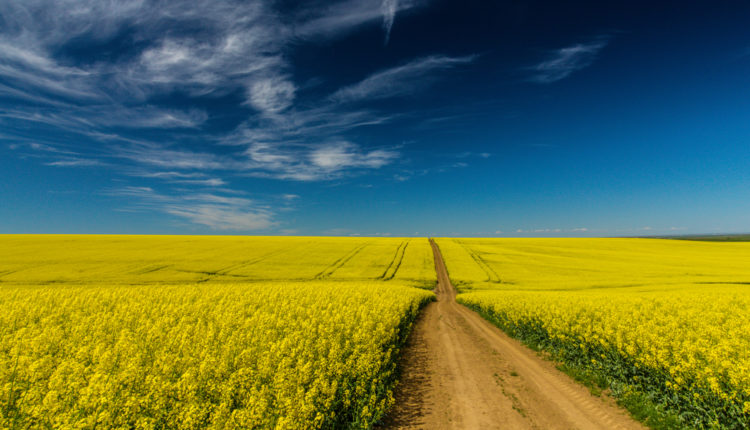 This article came into being because CyberParent got the following email:

I have heard that canola oil is not good for you – that it is really an industrial oil and is not fit for human consumption.

What information do you have that canola is good. I have used canola for years and just recently someone told me about this. What other oils would you recommend – sunflower?
J.

We are journalists and technical writers here, not nutritionists, chemists, or medical doctors, but we do research subjects before we write. I have seen and heard nothing but good things about canola oil and olive oil.

In addition, diet holds a personal interest for me. So let me share with you a small part of my research.

About the industrial uses:

If canola oil has industrial uses, and I don’t know whether it does or does not, that in itself does not make it inedible. I think there are many items that are quite edible that also have industrial uses.

Casein, for example, is the principal protein in cow’s milk. With the addition of rennin (a coagulating enzyme obtained from the stomach of a young animal–usually a calf), casein is used in the production of cheese. However, casein is also used in the production of adhesives, paints, and plastics. That does not stop milk or cheese from being edible.

If you wanted to sway opinions and get people to quit eating cheese, though, you could make it sound quite repulsive and pull a few heart strings by saying it was made with an ingredient that is used to make adhesives, paints, and plastics plus something that comes from the stomachs of animals, some of them just baby animals.

That doesn’t sound particularly edible to me, does it to you? That is what a skillful public relations person could do to start a campaign against the consumption of cheese.

Always look at the source of articles or media reports when you can. Often press releases are sent to the media that are biased. Unfortunately, we journalists and writers do not always check them out completely before using them as news or the basis of an article.

I personally use Spectrum Naturals, have only found it in health food stores, and don’t know where to get it in your area. The address on my bottle is 133 Copeland Street, Petaluma, CA 94952.

Here is what the book Food Lover’s Companion by Sharon Tyler Herbst says about canola oil:

“Canola Oil: The market name for rapeseed oil which, as might be assumed from the name, is expressed from rape seeds. For obvious reasons, the name was changed to canola by the Canadian seed-oil industry. Canola is, in fact, Canada’s most widely used oil. It’s commonly referred to there as lear oil (for ‘low erucic acid rape’ seed oil.) The popularity of canola oil is rising fast in the United States, probably because it’s been discovered to be lower in saturated fat (about 6 percent) than any other oil. This compares to the saturated fat content of peanut oil (about 18 percent) and palm oil (at an incredibly high 79 percent). Another canola oil selling point is that it contains more cholesterol-balancing monounsaturated fat than any oil except olive oil. It also has the distinction of containing Omega-3 fatty acids, the wonder polyunsaturated fat reputed to not only lower both cholesterol and triglycerides, but to contribute to brain growth and development as well. The bland-tasting canola oil is suitable both for cooking and for salad dressings.”

My canola oil label says it has 14 grams of fat per tablespoon of which 1 gram is saturated, 4 grams are polyunsaturated, and 8 grams are monounsaturated. That is 13 grams so I assume there are some fractions somewhere.

My olive oil label says 14 grams of fat, 2 grams each of saturated and polyunsaturated fat plus 10 grams of monounsaturated. Incidentally, I purchased this oil while traveling at an Albertson’s food store. It was rancid when I opened it. It just went in the trash. It is (was) Pompeian brand. I prefer to buy all oils in health food stores but did not do this when traveling…

As good as canola oil appears to be, you still have to sauté and fry foods carefully. Lalitha Thomas in her book 10 Essential Foods has this to say about cooking with any oil: “Cooking-oil should not be allowed to get so hot that it smokes, as this signals the more serious and unhealthy breakdown of the oil’s components.”

She goes on to recommend this form of frying and sautéing foods: “Whether you intend to ‘fry’ some potatoes, sauté some onions or sizzle a steak, start off by heating a little water with added herbs, in the frying pan. Next add the items you would normally fry in oil or butter, and let them simmer. Then add a tablespoon or two of olive oil as you cook, while the extra water is steaming away. This lowers the cooking temperature that the oil is exposed to and often lessens the amount to oil that you need altogether.”

She continues, “For survival-level dietary oil choices in general, at least try to get cold-pressed oil. Try soy oil, safflower oil, or canola oil….. If you see something labeled vegetable oil, or cooking oil, don’t even think about buying it.”

Does this mean you should go out and guzzle the canola oil?

Nope. It still contains 120 calories per tablespoon. And the Editors of Prevention Magazine in their book The Complete book of Alternative Nutrition have an answer for this question: “How low must you go to reap the benefits of heart-smart, lean cuisine?”

They write, “While heart disease experts have debated the question for years, they do agree on this: Keeping saturated fat under 10 percent of total calories is vital for maintaining healthy cholesterol levels. To lower high blood cholesterol, dropping ‘sat fats’ below 7 percent is vital.”

This is probably more information than you expected and maybe more than you even wanted. However, I hope it helps you decide you are on the right track with canola oil.

The Skinny on Dietary Fats & the Mediterranean Diet

How Much Fat Should You Eat & How Much is Too Much?

Cyberparent’s Guide To Breastfeeding: A Guide for New Mothers & Parents

How to Provide Your Autistic Child With Proper Nutrition

First Foods For Your Baby