Do We Need Cows Milk? Is It Natural? Is It BAD for you? 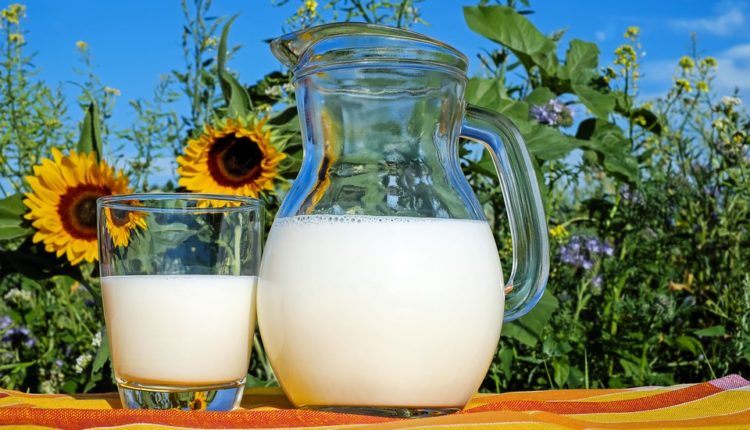 Calcium is important to all of us for such things as bone health, muscle functions, blood clotting, nerve functions, and enzyme activities.

Patricia Bertron, RD, Neal D Barnard, MD, and Milton Mills, MD, in the Journal of the National Medical Association, Vol. 91, No. 3, write, “Calcium is a necessary component of the diet, although optimal intake is controversial, particularly for those at risk for osteoporosis. There are many different calcium sources whose nutritional characteristics vary considerably.”

Calcium found in these and other plant foods is actually better absorbed than calcium in cow’s milk.

So – Do We Need Cows Milk? Is It Natural? Is It BAD for you?

In a battle over milk’s place on the new food pyramid, you have the government (USDA–given the dual and often conflicting role of protecting the nation’s health and promoting its agricultural products) and the dairy industry on one side, and various physicians, nutritionists, and researchers on the other.

Dr. Walter C. Willett, professor and chairman of the department of nutrition at the Harvard School of Public Health, has completed a study showing no evidence to support claims that milk and other calcium-rich foods significantly reduce osteoporosis-related bone fractures.

Dr Willett told the New York Times, “There’s an ongoing campaign to get every adult to drink three glasses of milk a day.”

He continued, “That’s obviously about increasing sales and profits.”

Regarding the same ad campaign, Willett told the Boston Globe, “If we do that, we’ll increase saturated fat consumption in adults. That inevitably will increase heart attack rates.”

Patricia Bertron, RD, Neal D Barnard, MD, and Milton Mills, MD, give examples of alternative sources of calcium, “Many green vegetables have calcium absorption rates >50% compared with about 32% for milk. a 1994 study reported calcium absorption of approximately 53% for broccoli, 64% for Brussels sprouts, 58% for mustard greens, and 52% for turnip greens.”

They continue, “Beans and green leafy vegetables have nutritional advantages that differentiate them from dairy products. They are excellent sources of carotenoids and other antioxidants, complex carbohydrate, fiber, and iron. They contain no animal proteins or cholesterol, little or no saturated fat, and very little sodium unless it is added during cooking.”

According to Michael Klaper, MD, “The human body has no more need for cows’ milk that it does for dogs’ milk, horses’ milk, or giraffes’ milk.”

Maybe one last word: High concentrations of oxalic acid or phytate obstruct calcium absorption in spinach, rhubarb, and sweet potatoes, both from the vegetable itself and from other foods eaten at the same time.

And I always thought creamed spinach was good for you!

6 Simple Strategies to Save Money on Groceries

6 Simple Strategies to Save Money on Groceries