All too often we feel compelled to share our unsolicited wisdom or, worse, put other mothers down to make ourselves feel better about our chaos. 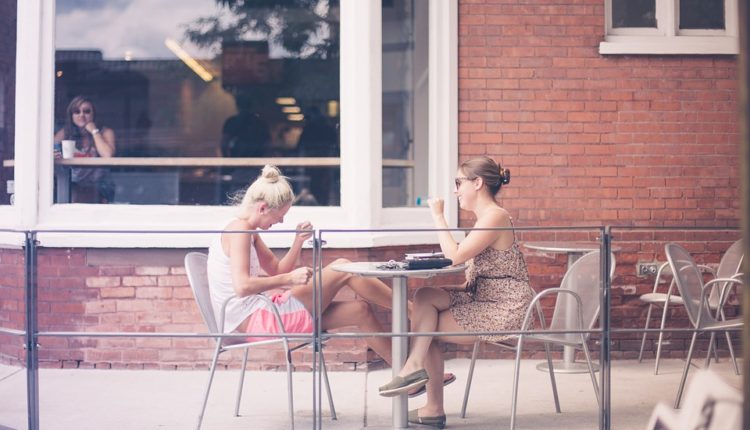 As soon as I became a mother I felt like this all-knowing expert in the field of childcare. Motherhood comes so naturally that we tend to believe we have the upper-hand on this child-rearing business.

The truth is that we all experience motherhood differently and we all struggle in different ways. All too often we feel compelled to share our unsolicited wisdom or, worse, put other mothers down to make ourselves feel better about our chaos.

When I say these are things you should never say to another mother, I mean those mothers that cross your paths casually in your life. Unless you know exactly how someone will feel and react to hearing these things, it is best to keep them to yourself.

“Enjoy every moment because they go by so quickly.”

You mean the sleepless nights, potty training struggles and inexplicable temper tantrums go by quickly? Darn. I wanted these moments to last forever.

As your children age and grow, this statement is absolutely true – but for the mothers that haven’t worked past the most stressful of phases, they don’t care.

Telling a mother she should enjoy every struggle sets her up for failure. When she’s pulling her hair out and feeling like a crazy person, she’s going to feel like she’s doing it all wrong because she’s not enjoying it.

I know you know that each and every moment passes by in a flash, but other mothers are going to figure it out on their own.

“My kid would never do that.”

Never say never because some day your little angel might actually do that.

And I’m sure there’s plenty of behaviours your little one exhibits that perhaps other mothers don’t experience. It’s a bit of a “pot calling the kettle black” situation.

“When are you having another one?”

I’ve actually been asked this question and it’s a difficult one to answer. I left my daugher’s father during the pregnancy and have yet to establish a happy and healthy relationship with a man.

I also love my child so much that I can’t imagine loving another as much as I do her. I know mothers of multiple children will disagree, so expressing this opinion is generally met with argument.

The bottom line is that it’s none of anyone’s concern. Some women choose to only have one child. Some women struggle so hard to have one that they don’t want to risk more miscarriages to have more.

“Do your kids have the same dad?”

Does it matter? A women who does want more than one children should not feel ashamed with having another child with another man if the first relationship didn’t work out.

There’s so much unnecessary stigma surrounding women who mother children with different fathers – they are money-grabbers, they are promiscuous, they are ignorant to birth control.

The last thing you should do is imply through this question that the mother is subpar to women who have all their children with one man. We live in a day and age where split and blended families are becoming a normal occurrence.

“I don’t understand how you do it.”

Well, no, unless you are doing it to then I’m sure you don’t understand.

I know this statement can be made with good intentions but the implication is that you’re only a great mom because you take care of your children. I’ve been told this and my first thought is, “Well, how can I not do it?”

Mothers who struggle in their parenthood do it because they love their children. There’s no other magical force behind the capability to raise a child.

They beat their heads against the wall and collapse in despair but at the end of the day they take care of their little ones. Questioning how they do it can make a mother question whether or not they really are doing it to the best of the ability.

Your Parenting Plan Checklist: A Downloadable Template & Guideline for…

Modern Motherhood: A Look At How Mothers Have Evolved To…

Ready to Leave Your Child With a Babysitter? Here’s What You…