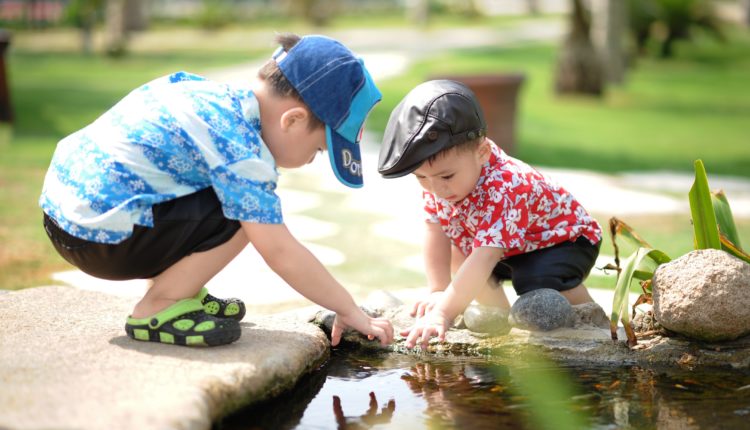 Last year, a mom’s Facebook post entitled, “MY CHILD IS NOT REQUIRED TO SHARE WITH YOURS” (yes, it was in all caps) went viral after she explained in the post that when her son went to the park with a toy in hand, other kids wanted to play with the toy. She simply told him to tell the other kids “no”.

The post was shared over 300 thousand times, and received a great many responses from parents essentially saying, “This is awesome.”

And certainly there is a positive element to the mom’s message. We should teach our kids about boundaries. We should demonstrate how they can clearly communicate when they’re uncomfortable, especially with strangers.

Kids shouldn’t be required to share in every circumstance, but not teaching them the value of sharing in the interest of making sure they understand boundaries is really just another way of failing to teach them self-awareness.

Perhaps the most concerning part of this message that you don’t owe anyone anything is that it misses the mark. Obviously, what we owe the people in our lives is subjective, but that attitude dilutes our relationships down to something that revolves around not being short-changed.

But one of the things I want most for my kids — and I’m confident I’m not alone in this — is for them to become kind, empathetic adults. That happens when we demonstrate for them that people are more important than things, and that being inconvenienced on behalf of people is often worthwhile. In fact, it’s crucial to developing worthwhile relationships

A world where sharing isn’t valued is also a world without the types of people who lead with the wellbeing of others in mind. It’s one where the under-represented have a harder time finding advocates, because those advocates have been taught its not their responsibility to look beyond themselves. If you look at the qualities that make committed social workers and tireless special education teachers and others in similar fields there’s a recurring theme: they see the often unseen members of society and they take on roles wherein people are valued more than the compensation.

That’s right folks, you can have both. Not teaching kids to share in the interest of teaching them how to uphold boundaries is a gross oversimplification. The author of the post — and others who champion her philosophy — point to the fact that sharing isn’t transferable to adulthood. If someone asks for your lunch or your car, you wouldn’t give it to them.

But, I think the best adults are adults who share. I have shared my car with friends when there was a need. I have shared my money with those less fortunate. I also have stayed in friend’s homes. I’ve worn my grown sister’s clothing when I didn’t pack enough of my own.

And more than that, we share the imaterial. We share our experiences and give counsel with other adults. And dare I say it, sharing is bedrock to healthy parenting. Don’t good parents share their space and their money and their wisdom?

But that doesn’t mean that I or others don’t understand ownership and respect. We give things back better than we got them, and when family and friends cross lines, we tell them. Because love says hard things. Human beings and relationships aren’t black and white, and claiming that sharing is is a disservice to our kids who are definitely capable of more than that.

Sharing Is a Part of Future Happiness

Science has long held that people who value experience over stuff are happier. Not only that, science also says materialistic people aren’t happier after good experiences or when making purchases. An organized, minimalist life makes for a happy life. Stuff and holding tightly to it won’t make you happier.

The beautiful, slightly ironic part of sharing, and placing a high value on the experience other people have and your impact on their experience is that you’ll actually be more content. Thus, when we teach our kids to consider how their actions impact others, we’re also equipping them with the tools they need to be satisfied in life.

Not only will they turn out to be the kind of people who know how to be content, they’ll also be mindful of community building in their future neighborhoods and workplaces, and they’ll be more likely to become leaders who care for and invest in those they direct.

Seasons of stress, conflict, and trauma are when children are most likely to develop destructive coping mechanisms, but when they cultivate healthy support systems and perceptions of others, they’re more likely to to cope with life in ways that are healthy and productive.

Sharing is oftentimes a result of kids and adults who are willing to consider the experiences of others and who are prone to find pleasure in benefiting others, whatever that looks like. At the end of the day, sharing isn’t as much about what’s fair as it is about developing a worldview that prioritizes the truly valuable things in life.