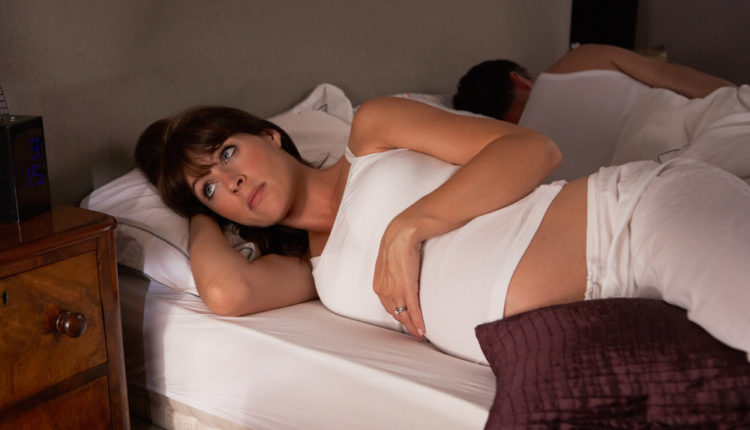 There are multiple things you can do to improve your sleep during pregnancy.

However, you may not be aware that getting a sufficient amount of restful sleep isn’t your only concern as a mama-to-be.

Did you know that your sleeping patterns and positions could actually make a difference in the success or failure of your pregnancy?

Read on for a discussion on a couple of critically important things you need to be aware of regarding sleep during pregnancy:

When you’re pregnant, don’t be surprised if you’re spending more time in the bathroom than ever before.

There are multiple factors that make you need to urinate more frequently, starting as early as your first trimester of pregnancy. This is one-hundred percent normal, and it is nothing to worry about.

Not only that, nighttime bathroom trips can actually be beneficial – although it probably doesn’t seem so at first.

Your first inclination is likely to be feelings of frustration because it seems as if this increased need to urinate wreaks havoc on your much-needed nighttime sleep.

However, it’s important for you to be aware that researchers have discovered a link between long periods of uninterrupted sleep and stillbirth that happens late in pregnancy.

In particular, it appears that waking more than once to use the bathroom at night might somehow be beneficial for avoiding stillbirth late in your pregnancy.

The researchers speculate on the reason that sleep disturbance could be a good thing. They point out that awakening from sleep can potentially contribute to increases in blood pressure.

It is therefore possible that getting out of bed to use the toilet could help a woman to avoid long periods of relatively low blood pressure; since the pregnant woman is supplying blood to the growing fetus, repeatedly low blood pressure levels could prove to be highly detrimental for the fetus.

It’s true that sleep interruptions may not be exactly what you’re hoping for, but in light of this research, it appears they are not entirely a bad thing.

However, it’s important to note that such a correlation does not specifically guarantee causation. There might be another explanation for the results of this study. More research is needed before we’ll fully understand.

But in the meantime, it’s a given that you’re going to need to make some extra trips to the bathroom, so you might as well embrace those midnight bathroom breaks.

It’s Ideal to Begin All Sleep Sessions on Your Side 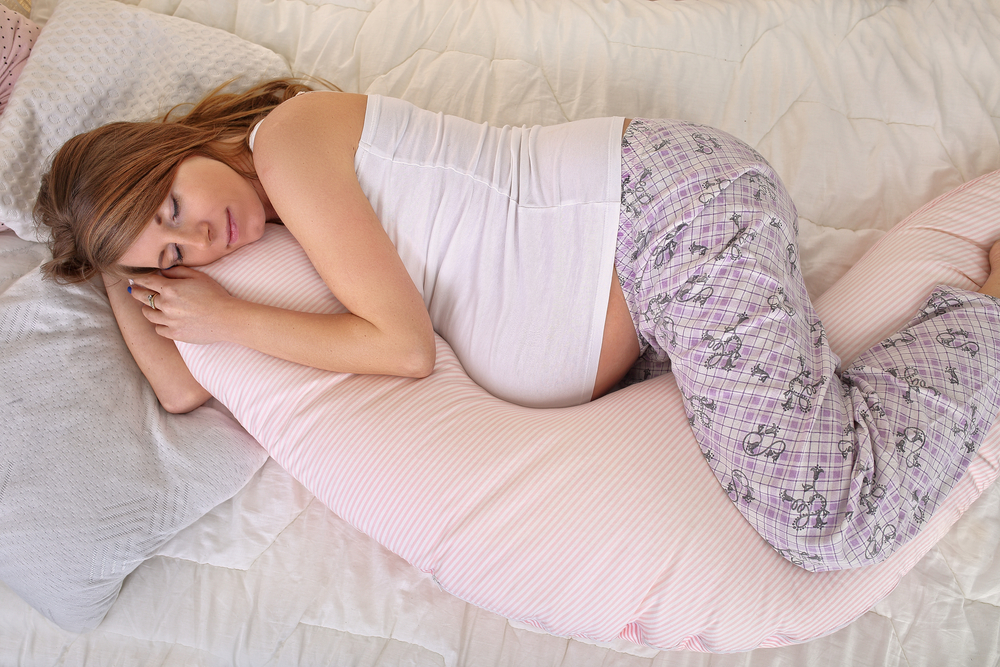 There have been four different studies demonstrating a correlation between sleeping on one’s back during pregnancy – particularly in the third trimester – and suffering an increased risk for having a stillborn baby.

The risk seems significant enough to warrant making the effort to sleep on your side rather than your back.

There’s been some controversy surrounding which side to sleep on. Three of the four studies seem to indicate that it doesn’t matter, while the fourth seems to reveal an advantage for sleeping on the left side.

There does appear to be scientific justification for specifically recommending that pregnant women sleep on the left side. The justification stems from the location of the inferior vena cava (IVC), a prominent vein that is essential for providing blood flow to both mom-to-be and baby.

The IVC happens to be situated to the right of mom’s spine. Left-side sleeping is the most optimum sleeping position for ensuring adequate blood flow through this vein

Sleeping on the back is the least ideal because weight and pressure from the baby could potentially hamper the blood flow through this vein.

Considering the typical patterns of blood flow through the IVC, it seems likely that there is a slight advantage from sleeping on your left side rather than your left; so definitely consider making the effort to sleep on your left side when possible.

Ideally, it seems that you’d want to aim for shifts between sleeping on your left and right sides if possible, and avoiding any shift onto your back.

Once you’re asleep, you don’t have all that much control over what position you end up in. It’s certainly possible that you may awaken on your back.

If that happens, don’t freak out; just shift position so you’re on your side again before you drift back to sleep.

Many pregnant women find it more comfortable to sleep on their sides, anyway, once the baby bump grows heavy and cumbersome.

But, regardless of which sleeping position you personally find most comfortable, it appears to be safer to sleep on your side than in any other position.

Now you’re updated on a couple of important things to be aware of regarding pregnancy and sleep patterns.

The truth is, most miscarriages are not preventable. However, a minority of them do happen to be preventable; and the solutions mentioned above could possibly turn out to be beneficial for helping some pregnant women to avoid a preventable miscarriage.

We hope this information is useful to you during the course of your journey to motherhood.