Imposter Profiles & The Anatomy of a Scam

Vulnerability intensifies whenever there is an unsatisfied victim need. 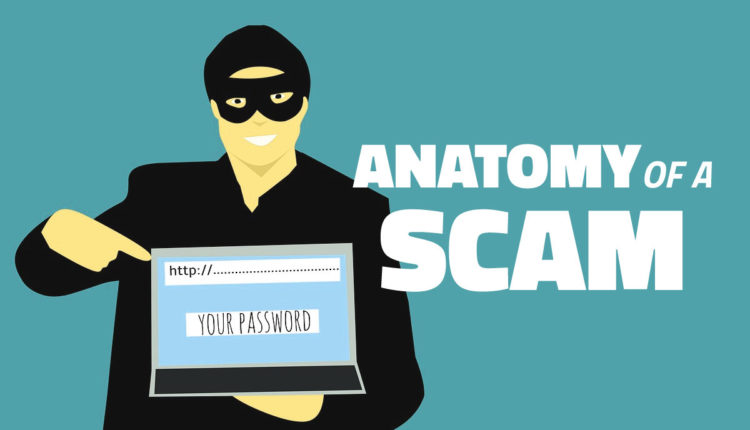 Vulnerability intensifies whenever there is an unsatisfied victim need.

Just about everyone is online shopping or registering for services online, but not everyone finds the process seamless.  FAQ’s and email/chat support often prove frustrating and unhelpful. It is terribly clear that merchants do not want customers to bombard Live Support with questions, so the link to support could be buried or missing from the most prominent pages or the entire site.

Possibly the most common and highly publicized scamming that occurs on dating sites is Imposter Profiles.

Either the photos or the information is fake, which invites the unsuspecting and hopeful dating member to begin a relationship with an entirely different person that they saw and read about.  The victim develops feelings towards the profile and the ruse is on. A request for money pre-dates any actual meeting which unsuspecting victims often agree to supply.

When I began on dating sites, I was exposed to this type of crime frequently.  The one I remember most was predictably spurred on by the most attractive photos I’d seen to that point

Inexperience with the medium and the context contributes to the victim’s state of mind, as well.

I wanted to and believed after the first email or two that the relationship forming was authentic. When I requested more personalized communication, however, it never materialized. I received broken English cut and pastes and lustful longings that could have applied to anyone, anywhere.

I went along with the game, but never truly compromised access to funds or proprietary information. Eventually, the email with the face of a goddess relayed a tragically sad personal story, replete with lurid details of an abusive marriage and financial ruins.

Of course, she wanted to see me desperately, BUT was in dire need of funds to get to the US from New Guinea or something like that. It fascinated me much more than it fooled me.

But this week’s scam was a lot scarier.  My subscription on a dating site expired.  My email address had changed, and while the tools to do this seemed to be accessible, I couldn’t make it happen.  I also spent a long time looking for the Live Support number on the site, and could not find one. And, so it went.  And then I made the FIRST big mistake – Looking for a Live Support Number for this dating site.

One must be very careful when using a search engine to find a host site support information – because the Search Engines either cannot or do not actively fight fraudulent listings that may appear under their name or a name that closely resembles it.

Scam Artists know that if they are going to depend on listings to drive inquiries, they need to get at the very top of the listings, and particularly above the real company they are impersonating.  They also set up keyword listings that are very highly ranked and very likely to be searched by customers of legitimate businesses having difficulties.

Of course, there also needs to be a likelihood that the duped service will require use of any and all critical proprietary information- including debit cards, social security numbers, birthdates, etc.

The first two listings I found seemed to be just what I was looking for, so before I ever checked the website- I called the number and was talking to a representative named Sam with an unmistakable Indian accent.  The first thing he did was to assure me he would get me a price for what I asked that was better than what I expected and that he would help me through the process and call me if we were disconnected.

Too Good to be True

Too Good to Be True could apply to any product or service, or the price offered for the service.  I was taken by the price he offered me, which turned out to be 1/3rd of what the real site was charging.  It did cause some skepticism as I proceeded, but it also created some incentive to continue.  As I did so, and the process of information exchange and made-up technical difficulties perpetuated, I surrendered more and more personal information, until it included my birthdate, address, last 4 of social, and debit card.

Not surprisingly, the debit card was not working for some reason, so I offered him another card, but he insisted that it would help to have my PIN – and I know you are all shrieking out there – because yes, I gave it to him – not without complaining and questioning and actually beginning to tell him that I though that I was being scammed, but what the hell…he was a trustworthy guy.

I guess my panicked though-process concluded that if you tell someone on the phone that you think they are scamming you- they won’t have the indecency and guile to continue. Now- that is laughable, when you think about it in a more reflective, calmer state. They have an international credit fraud operation going, and I’m thinking they will breakdown and cry “uncle” and admit their guilt in the middle of committing the crime.

From their standpoint, it’s all going splendidly.

There are some pregnant pauses to this point, almost 40 minutes into the call, where I express not only my legitimacy concern but also exasperation for the eternity it seems to be taking. I’m sure there are some Scam Operations hackers working feverishly on the other end, setting me up for the big fall.

My good friend Sam tells me that in order to prevent any potential security breaches, he is going to work on the backend of the system to facilitate a smooth transition and prevent me from ever having a problem again. Wow, what a Great Guy Sam is…. And to think, I doubted his intentions!

He gets me back on my computer and gets me on some crazy cryptocurrency site, called Coinbase.com.  Now, I don’t want to directly throw Coinbase.com under the bus here, because it looks like a legitimate site…. It just didn’t happen to be a legitimate site that would have anything to do with the security of the backend of my dating site account.

Of course, I brought this up to Sam I Am, speaking no doubt from the other side of the planet- and he mentioned that this part was a site my dating site used for currency exchange when I submit a payment. I don’t know what mercantile payments had to do with backend security, but I just figured Sam was a lot smarter than me.

STOP.  I knew at this point Sam was not a shepherd to successful subscription sign-up.  He was an agent of the devil. Even as I knew I was being duped, I asked to talk to a supervisor.  I was on hold longer than Sam suggested and when this guy picked up he was anything but smooth, suave, and consoling.  It was if he was saying- “sir, we are ripping you off, or have already begun the process. Don’t get all angry and impatient with me.  Just wait 24 hours and everything is going to be fine and you will have your account- whatever account it is, up and running… I am transferring the call back to Sam now.”

Surprise!  Sam did not get back on the line!  And I don’t think a supervisor of the supervisor was going to to be an option by this time (brilliant, I know)….  First thing I did was call Chase and babbled my story to a customer service person (she must have been laughing her ass off), who suggested I check my account and get to the nearest Chase branch immediately.

Sure enough, I checked my account online and saw that three incidental charges (they always start incidental, I’m told) from a payee called Coinbase (well, I’ll be darned) were debited from my account.  The adrenaline was racing at practically adolescent capacity and the race to prevent more serious damage was on. I headed over to my local branch looking like someone who saw a ghost and needed Ghostbusters fast.

Fortunately, the bank took great care of me… calmed me down and assured me it would be alright.   My card was canceled instantly, and they issued a temporary. As the manager was on hold with Chase security, he verified the Coinbase transactions I mentioned earlier but also this alarming fact: Sam’s posse was buying up some serious merchandise at Amazon.com and trying to pay through my account..

They purchase computers and computer equipment and other digital/electronics directly with the stolen card. They turnaround and exchange the merchandise for a separate money or gift card, and deposit that in their own account for future use.  Stir, shake, and repeat as often as possible- if you are the Scammer that is.

If you are one of the completely distrusting souls out there, who won’t purchase or provide any information ever on the web, this story only serves to support your view.  Your wagging your finger right now and relishing in your “I told you so” moment.

But, if you are like the majority, who now use the web to shop or register information, etc. there are some lessons worth noting here as you continue to use the internet and exchange vital contact information.

5 Vital Lessons to Avoid the Scam

Aside from being too forthcoming with proprietary and incriminating information, I stayed on the phone for a very long time despite being skeptical all along.

I wanted to be wrong about being scammed and I wanted to fix my online problem by talking to a HUMAN. But as I became more convinced I was being duped, I stayed on the line because I was more frightened of what would happen if I hung up the phone.  After all, they already had my information. In the midst of a growing panic, one of my vain and truly ridiculous hopes was to believe I could talk the thief out of robbing me by keeping him on the line, gaining his sympathy, and getting that insipid reassurance that it was going to be alright.

That is the psychological part of the trap- that it is better to somehow talk one’s way out of it than to end the call in the middle of the abyss.

A Guide to Choosing Hair Extensions