Why Reading to Your Kids in the Digital Age Matters 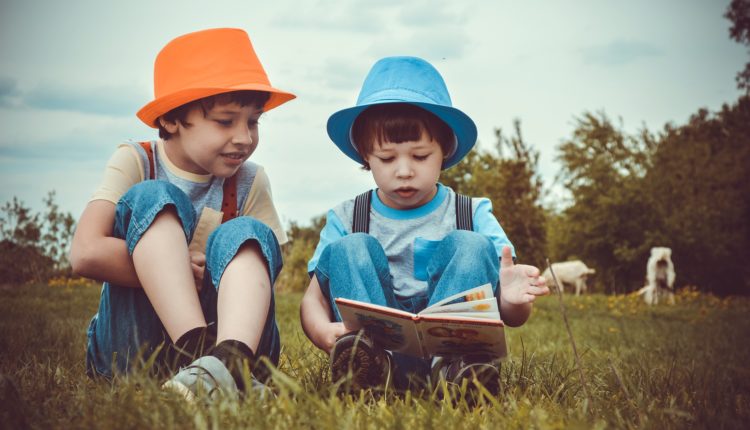 While the title of this article may prompt some to think that the answer is obvious, those who actually parent as if the answer is obvious are a dwindling few. The digital age has become a time wherein parents increasingly allow screens to teach and entertain — a realm wherein reading was king, once upon a time.

This isn’t to call out parents who use technology. Apps, games, and TV shows can be useful methods to stretch our kids’ brain power. Every day more are designed with learning and problem-solving as an end goal. That’s a good thing.

Nor is this another article berating parents for using screen time to get them through the day. Most of us are doing the best we can with what we have.

This article is an encouragement to remember the value of reading and to constantly reassess the power that both reading and its technologically generated replacements can have in a child’s life. It’s a reminder that while technology can be helpful, it shouldn’t be the only source of engagement that our kids have.

Reading is a method parents can use to captivate kids and ultimately change their lives. Reading can make a global citizen of a preschooler. A novel can bolster heightened brain connectivity in undergraduates. There’s a reason why book burnings and bannings happen — reading changes people.

And it can change your kids for the better.

What science says is that reading manages to hit just the right spot in terms of the type and extent of brain power a child utilizes to make sense of a story.

Thus, what a lot of us are likely assuming, has a scientific base. At this point there is just no substitute for reading a book.

Not only because it helps kids think and develop in a way that other forms of entertainment don’t, but also because the act of reading together promotes relationships and strengthens bonds in a way that watching TV together never could.

Reading connects us to others. With small children, it grants a consistent time for physical contact and for early conversations about things that matter. With older children, parents can read the same literature so that they’re actually prepared to start a dialog with their kids about it. For parents, but also for grandparents. Even those separated geographically can remain connected by using technology to read together.

None of the advances in technology can replicate those types of rewards.

The Latest Information on Screen Time

Again, this isn’t a newsflash. Instead, it’s a call to be vigilant and to not let the time that makes up your child’s day slip through their fingers  especially now, in the summer months.

In Anya Kamenetz’s overview of the study for NPR, she wrote, “Most importantly, in the illustrated book condition, researchers saw increased connectivity between — and among — all the networks they were looking at: visual perception, imagery, default mode and language.”

Thus, kids who are primarily entertained by screens become less skilled at being able to process language and interpret it, because the screens do the interpretation for them.

It’s estimated that 71 percent of kids between 8 and 18 have a television in their rooms. Most kids spend hours watching screens a day, and most of that is watching TV and video specifically.

While it’s definitely normal, the thing to remember is that it probably shouldn’t be. Kids who have TVs in their bedroom, and thus are theoretically getting the most screen time:

Score lower on tests: Johns Hopkins University found that elementary kids with TVs in their bedrooms scored significantly lower on school tests than peers without TVs in their rooms; they found there’s a distinct correlation between media usage and a kid’s ability to perform well academically.

Get the less sleep: Screens keep kids awake; they disrupt their schedules and lend themselves to daytime sleepiness. Not sleeping well detracts from one’s overall well-being, and stress makes it even harder to sleep — thus creating a continual, troublesome loop.

More likely to experience health problems: TV is connected to obesity, smoking later in life, and depression. As with most things, the answer lies in moderation and in making sure that their time spent watching TV doesn’t eclipse all other activities.

What We Do Now Impacts Their Future

This is really what’s at the heart of every conversation that we have about kids and how they’re using their time; it’s the reality that while we may not notice significant differences in their behavior right now, we are shaping it.

Reading promotes relationship building, critical thinking, and healthy habits. It also provides the foundation for them to become individuals who demonstrate empathy and who are able to consider perspectives that are different from their own.

According to Professor Penelope Adams Moon of Arizona State University, the lens through which you look at something, matters just as much as the thing itself.

Reading grants a multitude of lenses and allows kids to become complex and thoughtful human beings. It grants them to ability to the see the world in a way they wouldn’t have been able to do if they only ever had a screen in front of them, doing the intellectual heavy lifting for them.

As George R.R. Martin famously wrote, “A reader lives a thousand lives.” If you pursue reading with your kids, you equip them with perspective. Reading provides an opportunity unlike anything else for kids to cultivate their understanding of language, and ultimately of the world.

Additionally, it can shield them from more than just ignorance but also lack of community and creativity. So this summer, let them enjoy the trademark cartoons of summertime as well as the fresh new takes on learning that technology provides. But don’t let yourself or them forget that there is magic awaiting them in the old-school pages of a book.