If your partner is 100% certain that they don’t want to have children, it’s time for you to face reality. 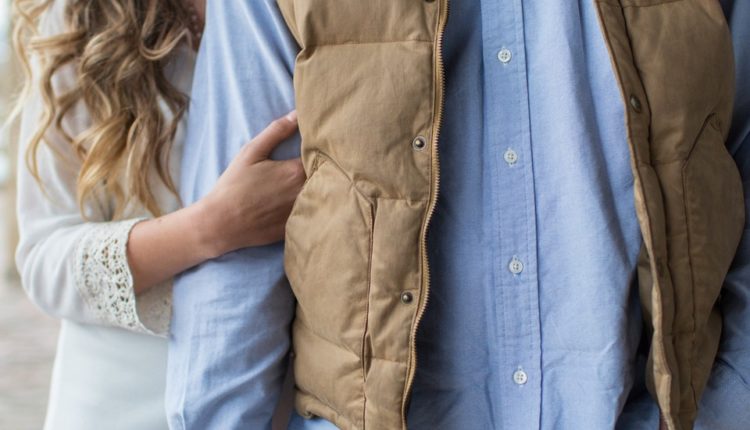 You’ve done it! You finished your studies, found a great job, got some experience, met a wonderful person and got married. Everything’s going according to the plan… Right! Now it’s time to settle down and start a family. You can’t wait to hold your own baby in your arms for the first time. What a joy, what happiness, what a blessing that will be!

So, you broach the subject with your partner. To your surprise, they don’t feel as excited as you do. Quite the opposite: they tell you they don’t want to have children.

Does it sound familiar?

The Avalanche Of Arguments

Most people, when they hear that their partner doesn’t want to start a family, try to convince them to change their mind. Thus, they come up with a variety of reasons why it’s both wonderful and necessary to have children.

Here are some of the arguments they use:

Did you also use such arguments? If yes, did they work? I guess not, right?

Most of the time it’s pointless to try to convince your partner to have children because they have a number of ready-made reasons for not having them, which are stronger than your arguments. Believe me, they’ve thought the issue through many times and their decision is reasonable.

Now, the question is, since you and your partner don’t see eye to eye, is there anything you can do to make them change their mind about having children?

As a matter of fact, yes there is.

4 Ideas On How To Solve The Issue

Many couples decide to talk about starting a family before they get married. Others believe that such decisions should be made later, when they are older, so they postpone the conversation. There are also those who take it for granted that their partner wants to have children or those who declare they want to have kids and after years, change their mind.

Whichever situation is yours, remember that there’s no point in blaming yourself and regretting not talking about having children with your loved one before you got married. Everybody makes mistakes and that’s all right. Also, more often than not, such an issue can, in fact, be solved. So, don’t cry over a spilt milk! Instead, take action:

#1 Life with kids vs. Life without kids.

The first thing you can do when you partner says they don’t want to have children is to sit down together and have a deep conversation. Try to envision your life with and without children, and compare. Focus on the future.

Since your partner doesn’t want to have children, figure out how they see your future together. Perhaps they desire to travel the world and worry that with kids it’ll be impossible? Or, maybe they want to make a career and figured out that a child will destroy it?

Next step is to figure out why exactly your partner doesn’t want to have kids. Such arguments as:

… are not good enough reasons for not having children. Thus, be persistent and uncover the true reason behind your partner’s unwillingness to start a family. Know what you’re dealing with! Only then will you be able to solve it or change it.

If your partner doesn’t know why they don’t want kids or is scared to tell you, be patient and understanding. Ask them about their childhood, their past experiences with children and whether they were treated well by their family members. All of this can contribute to their unwillingness to have a child of their own.

To help you start the conversation, here are several possible reasons “why” your partner might refuse to have kids:

These are only several reasons why a person might not want to start a family. Consider them and talk to your partner.

#3 Wait for hormonal urge to appear.

Most often than not it’s the man who doesn’t want to have children. However, if it’s actually your wife who says “no” or “not now,” it might be a good idea to give her more time.

Remember, women tend to be horribly pressed to have children because of the biological clock. Thus, some of them react in a positive way and want to have kids as soon as possible. Others get aggressive and refuse to be “incubators for babies.” After all, in the 21st century most women can choose whether or not to have children and, for some, career and education might be more important than family.

However, even if your wife doesn’t want to have children now, her decision can change in a few years. If it’s possible, be patient! There’s a huge chance that sooner or later your wife will feel the inner need to have children. Hormonal urge or baby fever is no joke, after all.

A small remark: this advice is for men who have young wives. If your wife is already 35+, then, putting off the decision might not be a good idea.

If your partner is 100% certain that they don’t want to have children and you see that they won’t change their mind, then it’s time for you to face the reality.

Ask yourself: can I be a happy 40-, 50-, 60-year-old man/woman without children and grandchildren? If the answer is “no,” then you need to think about your current relationship and consider that your partner might not be the person you want to spend your whole life with.

Remember, if you agree to sacrifice your happiness and have no children, you might end up feeling unfulfilled, fighting depression, and resenting your spouse. Next, you might divorce when you’ll be too old to either find another partner and/or have children. Thus, take everything into consideration and realize that maybe it’s time to split.

Getting Prepared For The Battle: The Final Advice

Before you sit down on a couch with your spouse and have a deep conversation about having or not having children, there is something you need to remember.

Whatever happens, don’t try to find a compromise. For example, you shouldn’t say that you’ll be the one who’ll take care of the child more often. Remember, a child is not a pet!

A child is a human being who needs both a mother and a father.

Emily Johnson is a blogger, a freelance writer, and a content strategist at OmniPapers. She writes insightful and thought-provoking articles about personality psychology, relationship problems, and remote work. Her articles on health and wellbeing teach others how to beat depression and sleep better. You can follow her on Twitter.