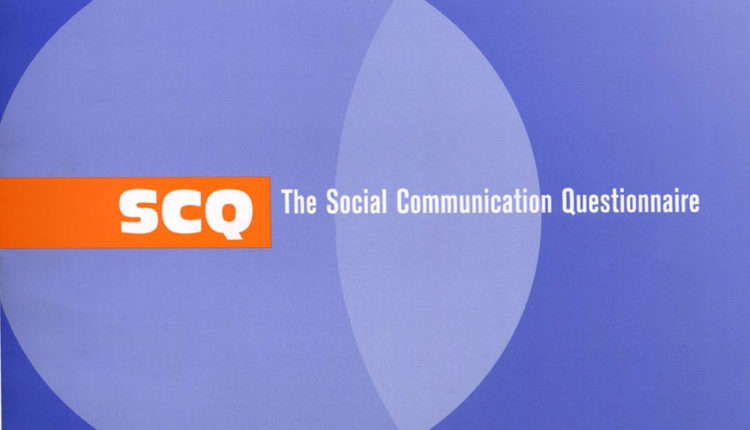 The Social Communication Questionnaire (SCQ) measures symptoms associated with autism spectrum disorder (ASD) and is designed to be completed by parents or primary caregivers at home. The 40 yes/no questions take less than 10 minutes to deliver and less than five minutes for an administrator to score.

There are two SCQ forms. The Lifetime AutoScore Form helps evaluate communication skills and social functioning in children with regard to the child’s developmental history over a lifetime, and the results of this form can be used as a reference for a more comprehensive workup by a professional.

The CurrentAutoScore Form evaluates a child’s behavior during the most recent three months, helping administrators to understand their everyday living experiences and evaluate short- or long-term treatment and educational plans.

To analyze the psychometric properties of the SCQ, a total number of 214 cases were examined, comprising 177 males and 37 females, aged two through eighteen years. Preliminary diagnostic information was available for 213 of the 214 cases.

Each group contained both genders in roughly the same proportion as the whole sample, and the full age range was also represented similarly in each group. The psychometric properties were checked in a stepwise fashion.

First, a developmental breakdown was examined. The language group was broken down into four groups by age and was treated separately from the non-language group. The group without language had the highest SCQ scores, and the four non-language subgroups had average SCQ scores that varied very little by age.

These results conclude that individuals can be measured reliably using the SCQ Total Score, providing an accurate estimate of their underlying true scores.

Second, a diagnostic breakdown was examined. In this case, only children with language were analyzed. The non-language group was too small to support a separate analysis, and the significantly higher scores in the previous breakdown indicate that it was unwise to measure both groups together.

As expected, there was a full standard deviation between extremist groups and more than half a standard deviation separating any two groups. Internal consistency was not as variable and ranged from .81 to .92. The standard error of measurement was similar across groups.

These results suggest that the SCQ Total Scores are an accurate depiction of the individual differences on items measured by the screener.
To learn more about the SCQ and its components, visit WPS.