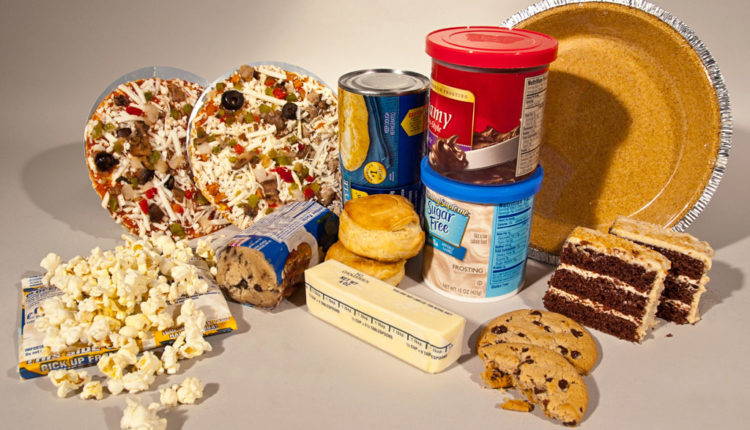 The ideal diet is one comprised of natural and organic foods and ingredients. Unfortunately, our society relies heavily on quick and processed foods to sustain our dietary needs within a busy lifestyle.

When it comes to consuming processed foods, understanding the ingredients and label contents is important in order to make healthier choices.

In recent years, the term “hydrogenated fat” has been thrown around as a taboo ingredient that should be avoided at all costs. It holds no nutritional value and is used mainly to extend the shelf life of products.

The following technical explanation takes a scientific look at this over-used ingredient and how it is made and processed:

Hydrogenated fats are oils that have been processed through a chemical hardening method to achieve increased plasticity (stiffness) of the liquid oils at room temperature.

Full hydrogenation requires complete conversion of a liquid oil into a solid fat at room temperature (72 F). A fully hydrogenated oil has natural saturated fats left intact and all the remaining mono- and polyunsaturated fatty acids become converted from their fluid configuration to a full trans fat rigid configuration.

The metals are used to react with the hydrogen gas which is bubbled up through the mixture. The metals catalyze the hydrogen and carbon atoms and converts the fatty acids by flipping one of the attached hydrogen molecules and rotating it half the diameter of the carbon chain.

This effectively creates a new molecular shape resulting in a stiffer or more rigid material, hence the change from a liquid to a semi-solid or solid substance. This new shape stiffens with the hydrogenation process making the oil behave more like a saturated fat (such as coconut fat which is 92% saturation and solid at room temperature).

Trans fats are the result of this reaction.

Partial hydrogenation, or “brush hydrogenation” is a minimal conversion step which only offers a small degree of reaction by hydrogenation. Brush hydrogenation increases stability for volatile fatty acids like the omega 3 (alpha-linolenic) and omega 6 (linoleic) polyunsaturated oils. Most commercial salad dressing oils, such as soybean oil, have been brush hydrogenated.

Hydrogenation raises the melting point of the fat and retards rancidity. But as recent health studies have found other problems can ensue when consuming large amounts of trans fats from hydrogenated products.

Trans fatty acids are synthetic saturated fats. They are generally man-made, however they can form naturally in cow’s milk with up to 14% butter fat, and can also occur in vegetable fats (through hydrogenation). The hydrogen molecules attached at the center of the fatty acid carbon chain flips 180 degrees, which straightens the natural curve or kink in the typical cis-configured fat.

When converted, the cis-shape chemically alters to a trans configuration and hence is called a trans fat. Most margarine and vegetable shortening have been trans fat converted through full or partial hydrogenation process. Trans fats interfere with metabolic absorption efficiencies and tend to congregate at adipose tissue sites. They are difficult to excrete from the body and are a low quality energy source.

The above was excerpted and reprinted with permission from Spectrum Naturals, Inc. 1-707-778-8900

How Much Fat Should You Eat & How Much is Too Much?

The Skinny on Dietary Fats & the Mediterranean Diet

Canola, Nutrition, and Safety: Lear oil is Canola but is Canola good for you?

Cyberparent’s Guide To Breastfeeding: A Guide for New Mothers & Parents

The Role of Nutrition in Breastfeeding