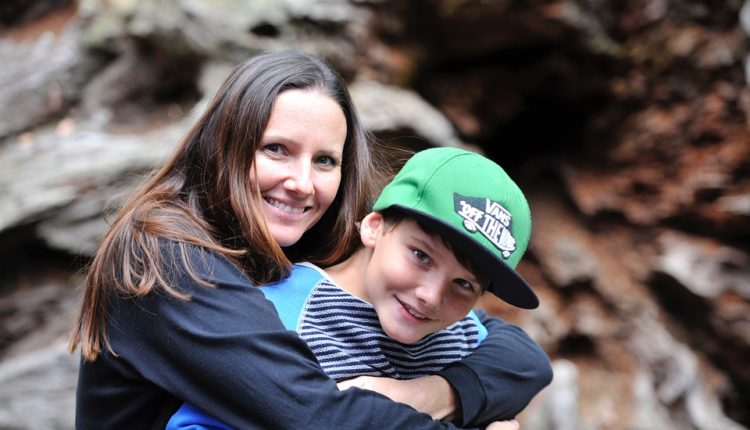 Every parent wants two things for their kids: they want their kids to be accepted and affirmed socially, but they also want their kids to feel free to be who they are. Unfortunately, sometimes, those two desires don’t actually match up. Sometimes, our kids are forced to navigate tough expectations from those around them.

Just last year, the Keck School of Medicine released an overview that cited bullying as a public health concern. Why do they take it that far? Because it’s a common problem, and because it can potentially have detrimental affects on those impacted.

That’s the reality that kids and their parents face as they attempt to navigate a social world where would-be bullies lurk around every virtual corner.

But you know as their parent, being different is a wonderful thing. The unique qualities that your children have are likely some of their most worthwhile traits. Teaching your kids to embrace who they are is one of the most valuable lessons you can give.

Embrace differences in your own life

There is perhaps no better way to teach your kids what this means than by manifesting it in your own life. Research and the personal experience of parents everywhere point to the reality that kids are natural imitators.

In an overview of what research on inconsistency in parents’ words and behavior produces in kids, Slate outlines three specific consequences:

The bottom-line is, if you have distinct traits in your own life, your kids know they’re there. Trying to hide them, or cover them up when you’re in certain situations or social circles will teach your kids that when you told them different is good, you weren’t totally being truthful.

Teach them that different isnt wrong

It’s easy for kids to make the connection that if everyone is doing it, or liking it, or talking about it, than it must be right. And conversely, if they’re the only ones who like The Beatles more than Kanye, it’s going to be hard for them not to pick up on subliminal messaging: The Beatles are lame.

This goes far beyond preference though, if every kid likes the class jokester, the message is that jokes and extrovertedness are the accepted form of social behavior, and that the converse is not.

As parents, we have the unique ability to step into our kid’s worlds and demonstrate that different and wrong are not the same thing. There’s a simple two-step way to make this happen:

1. Showcase those from history who thought differently than everyone else, for good reason.

One of Albert Einstein’s best quotes is, “Great spirits have always encountered opposition from mediocre minds. The mediocre mind is incapable of understanding the man who refuses to bow blindly to conventional prejudices and chooses instead to express his opinions courageously and honestly.”

That line of thinking was born of personal experience, even one of the most noted physicists of all time had doubters who thought he was full of it. If you can use the individuals your kids are already familiar with to show that being different is a strength, you’re already ahead.

If something that they do or like can be utilized as a strength, help them see how.

Build up those outside your family

Bad mouthing others, even strangers, who may be a bit odd will directly create two negative consequences. It will reinforce the idea that you don’t mean everything you say about the value of unique individuals, and it will also demonstrate that the world is not a safe place, but one where those who aren’t like everyone else need to hide that fact (even from you.).

This means going beyond just checking yourself before your comment on a peculiar person. Can you look beyond immediate impressions and affirm the good things that you see in others? Teach your kids what it looks like to magnify even just potential strengths and minimize weaknesses in others.

Stand up for others as well. Even silence in the face of gossip or negative assumptions will creative a perspective on others that your kids will likely find difficult to move away from. If you’re present for negative talk, calmly and kindly shut it down. Respond the way you would hope someone would respond if it were you being criticized behind your back.

Look for ways to be proactive

This is a challenge that follows us all into adulthood; even the most confident among us often feel the pressure to conform to the status quo. There is no age group that shirks off social expectations.

That’s why this is so important; the way that your kids perceive themselves and others who are different will impact them for the rest of their lives. Instead, allowing our kids to see the value in being unique, is a skill that they will be able to utilize in virtually every context.

So make sure you’re actively working through how best to protect and support your children.

Recognize that bullying has a new face: While it is not totally out of the question for your son to come home with a black eye, it is far less likely than it once was. Instead, bullying has largely become a digital sport. The ease and anonymity of the web make potential punks feel right at home.

“Unfortunately, the tools at the disposal of today’s bullies make their hateful work so much easier and so much more widespread. Cyberbullying involves the use of electronic media that includes text messaging, as well as websites like Facebook, Vine and SnapChat, to spread hurtful, incriminating images, videos or texts to audiences of literally thousands of people,” writes Eva Velasquez, President and CEO of the Identity Theft Resource Center.

It’s a scary world for your school-age child when even the most internet-savvy among us have to beware. While the internet and the inherent risks are here to stay, being mindful is a step in the right (safe) direction.

As we’ve noted before, “Explain to the child that in case of cyberbullying there is nothing embarrassing (for him). Encourage him to discuss these cases with you; Report cases of cyberbullying against your child to the site support, and in case of aggression – to the State Police; block those who are virtually attacking your child. Teach your kid to ignore those who try to abuse him.”

Emphasize their unique traits: Who knows your child better than you do? Think about their distinct qualities, both the things that are and aren’t seemingly troubling to them, and consider how you can highlight them in a positive light.

If they’re creatively-oriented, consider taking them to a pottery making studio or art class. Photograph them doing the things they love, and then look through those photos with them. If they’re good at something, you will be hard-pressed to find a better way of affirming them, than by clearly treating their skill as a valuable asset. If you’re proud of it, they likely will be too.

Foster communication: Encourage conversations with your child about their relationships with others, both in person and on the internet. Work to respond in a way that communicates that talking with you is safe. If your child is unsure how you will respond, they’ll be less likely to communicate. With older kids especially, it can be helpful to analyze your unique styles of communication.

At the end of the day, the most important thing is that your kids are happy with the lives they’ve paved for themselves. It would be a terrible thing indeed for them to miss out on future satisfaction because they were not ready to embrace a specific interest or passion as a child.

Let the most important thing remain the main foundation of your motivation as you navigate conversations and encouragement with your kids. If the driving force is their ability to walk through life content and proud of the person they are, then you can’t go wrong.

What Are The Positive Effects of Helicopter Parenting?

Digital Eye Strain or ADHD? Things to Know as a Parent In…