Why We Need to Pay Attention to the Garment Industry 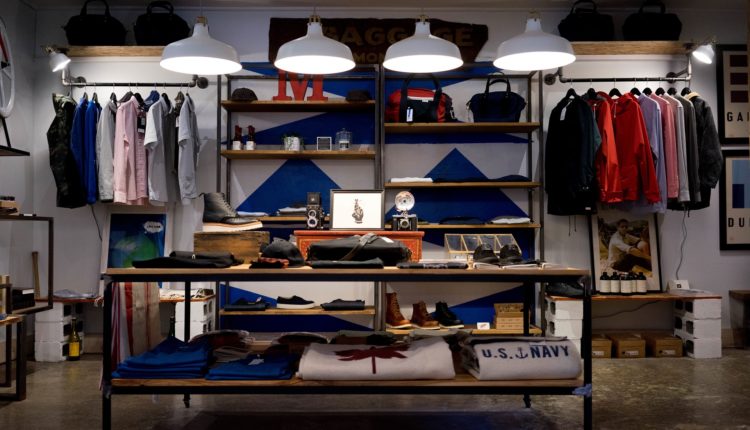 The fashion industry has managed a unique presence, namely, because there is a plethora of issues hovering just below a polished surface. The lack of accountability and transparency has historically created issues for those within the industry, and yet the prevalence of those issues is still widespread.

Change happens within an industry when the consumer recognizes their agency and begins make decisions that hold those operating within the system to higher standards. This is especially important for those of us in the west to recognize because we don’t always have a front-row seat to things like the 2012 Bangladesh factory collapse.

We simply buy the affordable product for ourselves and our children and give little thought to the struggle of those who made the garment and the impact of the industry on the environment.

The garment industry struggles in two primary ways. First, there are an alarming amount of issues with how those who work within the factories are treated. And second, the industry struggles to operate in a manner that keeps sustainability in the cross hairs.

It’s important not only that we recognize these issues, but that we also educate our children about why knowing where their clothing comes from matters. For kids and adults alike, it may seem counter-intuitive to look beyond that traditional elements of note like price and style when clothes shopping, but it’s a matter of great importance.

How it Harms the Laborers

In many cases, the bottom line is the motivation. The history of the garment industry is full of stories that showcase human rights violations. Certainly, this happens largely in the impoverished areas of third-world countries.

For example, the Human Rights Watch reported in 2015 that Cambodia’s garment industry, which is crucial for the health of the nation’s economy, frequently makes the name brand products that those in Canada and the U.S. wear. It is largely staffed by women, and it operates under a labor law with “abysmal” implementation.

But even in the United States, in large cities with seemingly robust communities of individuals committed to staying green, the problem persists.

In late 2016, the U.S. Department of Labor released an astonishing report, the product of three years of study, about the nature of the products made in country.

Supporting those who are not interested in sustainability typically also means supporting employers who believe it’s acceptable for employees to make $4 an hour, 12 hours a day. In relation to our kids, it means taking the time to raise compassionate human beings who won’t stand for the mistreatment of others when they become consumers.

How it Harms the Environment

In the earliest days of the modern garment industry, production was needed to meet two cycles: cold and warm weather clothing. But, as consumer demands and expectations have shifted, we’ve arrived at a market where there are 52 cycles; every week of the year clothing manufacturers create new products. They do it because the demand for cheap clothing is there.

As the prices at stores like Forever 21 and H&M drop, they become less weighty both financially and emotionally for consumers; we buy more, and we also move on to new products faster than ever before.

Why the Consumer’s Role Matters

The fact that consumer expectations have played a role in the problems we have means that consumers can also become a catalyst for needed change.

In addition to the fact that consumers constantly have access to new low cost items, consumers also can purchase those items more easily than ever before.

According to The Atlantic, “Studies of how the Internet plays into compulsive buying are in their early stages, but the evidence so far suggests there may be a link. One small study published in 2009 noted a ‘linear relationship’ between online shopping and compulsive buying. Another 2014 survey of shoppers in the UK concluded that the ‘new shopping experience’ offered by e-commerce ‘may lead to problematic online shopping behaviour.’”

Low-cost, easy to purchase items mean that consumers are spending far less time considering the implications of the choices they’re making when they shop for clothing. That shift towards e-commerce in consumer spending is only going to increase as more and more shop online instead of in traditional brick and mortar stores.

In the west, millennial shoppers are already proving to hold to a different set of priorities than preceding generations. The 2015 Nielsen Global Corporate Sustainability Report revealed that for brands ignoring sustainability, it means potentially ostracizing the majority of millennials, who are about to hold the majority of the economic power.

As Sarah Landrum wrote for Forbes, millennials care about whether or not a brand is sustainable and whether or not that brand effectively demonstrates it in everything from their CSR strategy to their social media strategy.

Thus, for companies to thrive in a marketplace where consumers care, they’ll have to prove they’re interested in ethically and sustainably produced clothing. Indeed, when George Washington University overviewed the best public relations saves made by companies, they cited the 28 major retailers who formed the Alliance for Bangladesh Worker Safety.

For the industry to make real, widespread changes, consumers must communicate with their money by shopping ethically. There are certain brands that have made a commitment to transparency, and they allow anyone to see the details of their supply chains; what they’re essentially providing is a means for consumers to know where their money is going.

That is the direction in which a better future lies — one where consumers are thoughtfully purchasing what they need from companies who are invested in the health of the people and the planet.

Our children’s futures are never far from our minds, and it’s important not just that they have successful careers and relationships, but also that they’re invested in the well-being of those they don’t know personally and the planet we all call home.

Activities You Should Put Your Child In

How to Make Christmas Magical on a Budget

Preventative Care Appointments for your Family Before School Starts

How Does Childhood Trauma Affect Adulthood?

Is Your Child a “Sweater”? Understanding Hyperhidrosis and…

What Makes a Good Pediatric Dentist?