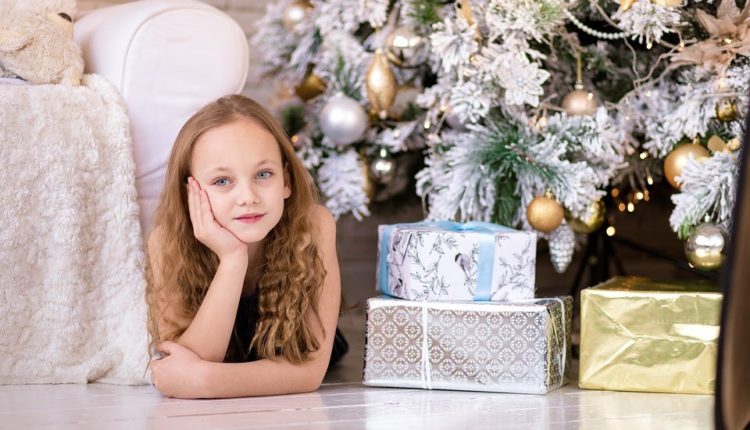 Christmas is without a doubt the biggest holiday celebrated all over the world. Many parents and guardians go all out to make this holiday a memorable one for their little ones. It’s reported in a study that shoppers spend over $1 trillion in the U.S and £2 billion in the U.K during this festive season. A startling fact to note is that the average shopper will spend over $100 just on themselves during Christmas shopping.

The Christmas shopping season is paramount in a country’s economy, let alone the growth of the wholesale and retail industry. Holiday shopping can account for up to 30% of all retail sales. In general, Christmas shopping starts as from December 15th and runs through to the 24th accounting for 40% of all Christmas sales. Retailers use tactful means to draw shoppers to their stores such as loud Christmas music, gift offers, sales, flyers such as Giant Tiger flyers that attract multitudes of people to the stores.

In recent years, Black Friday used to be the ice breaker for Christmas shopping but not anymore. The whole month of December is filled with pomp and splendor coupled with merrymaking to wrap the year in style. The downside to the Christmas spending is that it’s reported that retailers lose more than $3 billion a year due to theft and fraud.

WHO ARE THE BIG SPENDERS ON CHRISTMAS?

WHAT PRODUCTS ARE MOSTLY PURCHASED DURING CHRISTMAS?

A study shows that approximately 31% of the buyers purchase food and drinks for the festivities. 61% of adults will purchase clothing and accessories. On average U.K. consumers will spend £225 on food and drink just for the season.

Christmas is the season of giving. Malls and stores offer plenty of season sales and promotions for a range of products such as food, clothes, toys, gifts, just to name a few. Many people take the opportunity to show affection and care to their families and significant others. Surveys show that Gift card purchases are made by 56% of all shoppers while 20% of buyers will simply give cash as gifts to their friends. Toys, for good reason, are bought by 42% of all shoppers.

HOW ARE THE PURCHASES MADE?

There are a variety of methods buyers choose to purchase their products. The most popular way is credit cards with over 55% of buyers in the U.S and 38% in the U.K prefer recorded. This stems from the fact that most of the modern-day shopping is done online as compared to the traditional brick and mortar stores
.
With the prevalent unstable economies in a lot of countries coupled with lay-offs and companies going down, it’s reported that 5.4% of purchases for Christmas shopping in the U.S. and 12.6% of U.K. were financed by payday loans while 5% in the U.S and 8.9% in the U.K borrowed from family and friends.

Smart shoppers account for 68% of consumers and over 80% in the U.K. These individuals save all-year-round, plan, and budget for the festivities.

The fact of the matter is that Christmas shopping continues to rise exponentially year after year. With sales reports accounting for millions of dollars, it goes to show that Christmas spending isn’t stopping anytime soon. Best advice for the year; save your coins! Don’t break the bank, loan or steal, just to celebrate a season. If you can manage to do Christmas on a budget, all the better.

3 Changes In Family Dynamics After Childbirth

5 Essentials for Multigenerational Homes in London: Self Storage, Bunk Beds, and…

3 Changes In Family Dynamics After Childbirth

The Family You Choose: The Importance of Non-Biological…