Thanks to Stepfather…from a New and Part-time Mommy 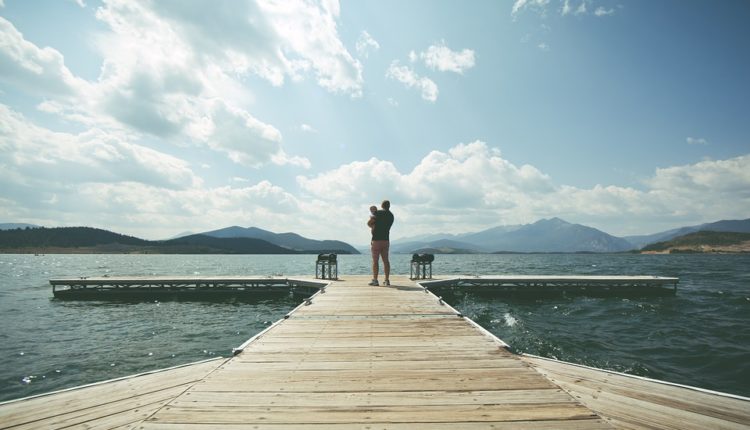 Man as Stepdad: As I begin my new and part-time mommy adventures, I write to my own stepfather, a source of inspiration.

I was ten when my folks divorced. While my father holds his own in my heart, a great deal of devotion and love falls to my stepfather, Mike.

His patience and understanding during the first few years following his marriage to my mother are my inspiration for approaching this new little wonder in my life.

Her name is Dejah; she’s nearly three years old. I met her father nine months ago. He was recently separated. I was divorced after a seven-year relationship and no children. As the relationship first unfolded, I never considered the fact that I could become a stepmother or the implications of becoming a part-time mommy.

At twenty-five the last child I had been around in nearly a year had been an infant cousin. Gushing over the small child crawling across the floor, I proceeded to pet his head like a dog! Some mother I was going to make!

The first weekend she spent at the house I was petrified. My new love told me to relax, to treat her as if she was my own daughter. How do you do that, though, when you’ve never had a child? How do you do that when you only see this little one every other weekend? Over the holidays we visited my folks.

My stepdad put an arm around me as we looked down at Dejah quietly playing.

“Can you handle this?” He inquired.

When he said that, my eyes filled with tears because I wondered how much fear and doubt he had felt. I suddenly wanted to apologize for all the troubles I may have given him., for anything I may have broken or destroyed, and for any rotten thing I may have said to him when I had been a young and silly kid. I swallowed hard, then looked him straight in the face. He nodded, saying. “I know you can; you’ll be fine.”

For my stepfather to have that much faith in me gave me renewed strength and commitment. As long as someone believes in me, I know I’ll manage.

As I begin my new and part-time mommy adventures, I write, “Thanks, Mike! Happy Father’s Day!”

Fitness and Why We Gain Weight as We Age

Feminism Has Forever Changed the Role of Men and Women

Thinking of Getting a Hair Transplant During COVID-19?…

Sex, Love & Feelings: How Do Guys Get Emotionally…