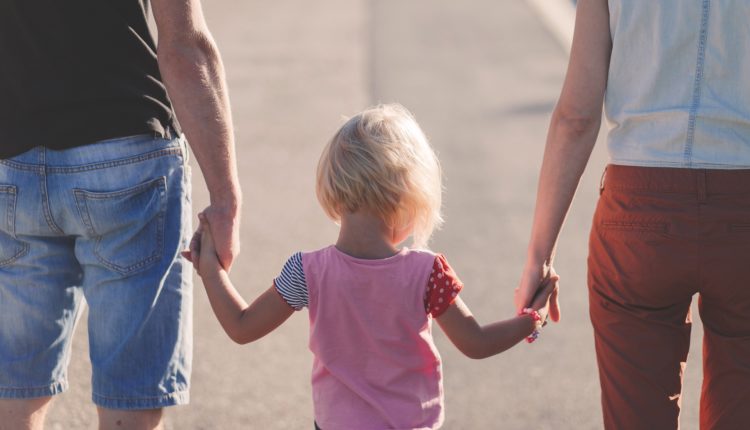 Unfortunately, while there are hundreds of books on parenting, there is no perfect guide that fits each kid, each parent, and each situation. Instead, what most of us rely on predominately is the all-encompassing love we feel for our kids.

But, the problem with love is that it doesn’t always steer us right. The way we feel about a situation and the reality of a situation are not always perfectly synchronized. Sometimes, the weight of our affection for our kids actually makes it more difficult to rationally assess what we’re doing.

Not only that, but sometimes we just don’t know. We’re all doing the best we can, and you can only work with what you know.  In light of that, here are three things good-intentioned parents often do that research says can actually be harmful for kids:

It’s a fine line, isn’t it? Parents are in a precarious position, which requires they encourage their kids to do hard things that will bolster their quality of life. Sometimes, our kids struggle to pursue things of their own volition. Other times, it’s easy to see how our high-achieving kids can go even further.

The problem, though, is that kids who are pushed too hard take on a level of stress that can be detrimental to their overall well-being. The problem with pushing too much is kids can become victims to serious levels of anxiety and depression when they feel too much pressure for too long.

Studies have also found that in upper-middle class communities where income is high and expectations on kids are often even higher there is an increased chance adolescents will struggle with drugs and alcohol.

According to Recovery Centers of America, “More than any other place, adolescents and young adults get these drugs from their parent’s or friend’s medicine chest … Even more alarming is that teens who abuse these substances think they’re ‘safe’ because a doctor has prescribed them!”

It is all interconnected. Kids who feel overpressured to succeed never think that they’ve done enough. They then look for unhealthy coping mechanisms.

We should push our kids to succeed. We should encourage them to get out of their comfort zones in the interest of growth — but not at the expense of their health. The key is to know your child. Ask them questions about what they want and are comfortable with, and weigh that knowledge with what you also know to be true about their potential and abilities.

It’s fair to say that most parents don’t want to be labeled “helicopter parents.” Even those among us who hover the most do want to have healthy balance. Helicopter parenting is tempting because we all want the best for our kids, and being there all the time diminishes the chance things in their life will go awry (or so we tell ourselves).

Helicopter parents inevitably do a lot of the work for their kids. Sometimes, it’s just literal work such as organizing their toys. But it’s also frequently emotional work like smoothing over a conflict with one of their playmates

As the lead author, Nicole Perry, of a study on over controlling parents told CBC News, “Our research showed that children with helicopter parents may be less able to deal with the challenging demands of growing up, especially with navigating the complex school environment. Children who cannot regulate their emotions and behaviour effectively are more likely to act out in the classroom, to have a harder time making friends and to struggle in school.”

Essentially, when mom and dad are constantly guiding emotions and behavior, kids don’t learn to do it for themselves like they should. It can become a problem that impacts them long term.

As University of Nevada, Reno assistant professor Maureen Rubin notes, “There aren’t a lot of services happening for the population aged 16 – 23. Are they children or adults? After 18 years of age, kids are on their own … and they are the ones who fall through the cracks because they don’t have access to services.”

While helicopter parenting may feel good initially, it can actually handicap kids well into the period of their lives wherein they most need to be able to control their emotions and behaviour, yet lack the ability to do so.

Often parents are impacted most not by the reality of the situation but by the way their child responds to it. For example, when kids don’t show up to practice on time, are cut from a team or performance, and are then heartbroken, that heartbreak is often what parents see and then respond to.

This is understandable. No parent wants to see their child disappointed or discouraged. However, mistakes and the consequences they bring are some of life’s greatest teachers. When negative things happen to our kids because they are unwise, they learn the value of wisdom.

Kids who learn to respect the property and feelings of others become empathetic adults who can work well with others at home and work. Kids who aren’t given the opportunity to earn what they have become adults who get into trouble for not paying their student loans.

While our instinct as parents is to shield and protect, sometimes shielding them from minor struggles makes them vulnerable to larger, more damaging ones.

As we’ve noted before, “Raising a child is probably one of the most difficult tasks an individual can undertake. With every child being unique and having different personalities and learning styles, it is difficult to give advice and claim that it will work undoubtedly.”

Thus, this is in no way a piece written from atop the parenting high horse. Instead, it’s an appeal to remember that sometimes hypervigilance in relation to parenting doesn’t produce better results; it just makes both parents and kids more stressed.

Understanding who our kids are so that we also understand what they need to thrive is what matters. Wellness is just as valuable as performance stats, and when parents believe that, they create the fertile soil their kids need to grow and flesh out their potential.

Ready to Leave Your Child With a Babysitter? Here’s What You…